Award season is upon us and we aren’t going down without a fight.

Here’s what’s in the mix:

films worked on by Framestore have made the list. They are Avengers: Infinity War, Christopher Robin, Fantastic Beasts: Crimes of Grindelwald, Mary Poppins Returns, Paddington 2 and Welcome to Marwen.

Congratulations to the supreme team of creatives who worked on Mary Poppins Returns, which received a Golden Globes nod for Best Motion Picture – Musical or Comedy.

Sibling rivalry between our favourite children. Two legends are going head-to-head as our film team have bagged two nominations for Character Animation in a Live Action Production for both Christopher Robin and Paddington 2.

In LA, Animation Supervisor Max Soloman joined director Andy Serkis last weekend to talk about how our artists pass the ‘essence’ of actors performances into the exquisite creatures you see in the final film. 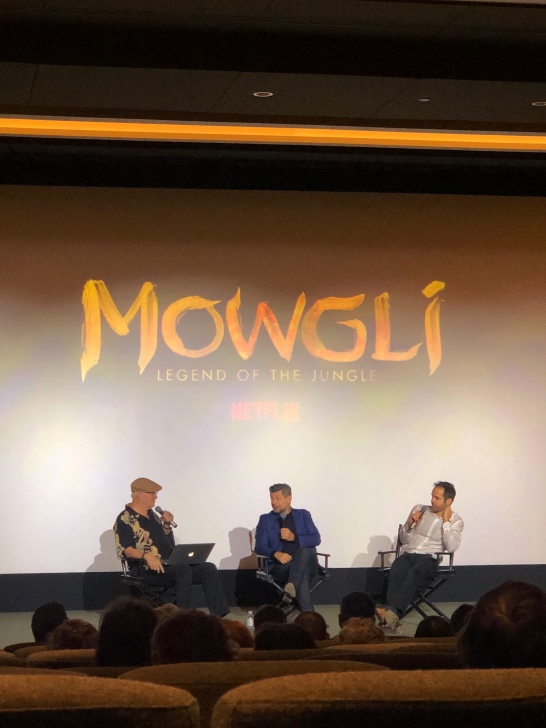 The 2nd trailer has dropped for Captain Marvel – spot the two shots the Montreal team did. The first is of the three ships approaching a planet, and the other with Vers kneeling and blasting from both hands with her mask on.

A couple of things this week on Avengers. First up, feast your eyes on this brand new trailer for Avengers: Endgame

The magic of Framestore behind closed doors

Top of your reading list should be this bumper FXGuide article that explores the mix of creatures, FX and environments in Fantastic Beasts from initial visions and the challenges faced to intricate artistic details and the overall process. It features interviews with our Compositing Supervisor, Oliver Armstrong and Ben Loch, CG Supervisor in London as well as Nicolas Chevallier, VFX Supervisor and Kevin Sears, CG Supervisor in Montreal.

The Air NZ game ‘Fact or Fantasy’ was once again on the move, this time to Most Contagious in North London. In-between talks from various big shots in the Marketing world the crowds came filing out, with the game attracting a lot of welcome attention. 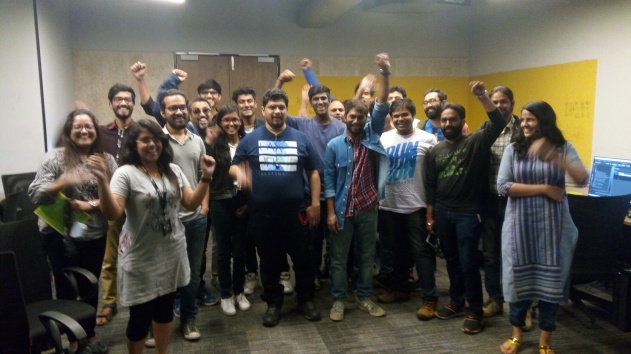 Starring the carrot-craving-tear-jerking festive reindeer who are back for your dose of behind-the-scenes action. Catch just a slice of the intricate work from our talented artists in Mcdonald’s Making Of in this years Christmas Newsletter

Joining our adorable hungry reindeer this year are: several people who know delectable food when they see it for Waitrose; a flying snowman for Barbour; an endearing pink bunny for NRMA Insurance and cute animated characters introducing EE mobile phone deals. Congratulations to the Advertising Department for another incredible year

The London Marathon
Londoners, a fantastic opportunity awaits. If you are interested in joining The Lord’s Taverners crew to run and raise money for their charity, don’t forget to register your interest by next Friday 14th.

Having already partaken in a Lord Of The Rings marathon this year, I’ll be sitting this one out.

Get funky, get festive. It’s time to show off your Christmas knitwear next Friday 14th December!

28 CL would like to say a MASSIVE thanks to the runners and ex runners for their help hand-crafting all the Christmas decorations.

Spotted elsewhere in the world:

Mis-tree-ted Firs: A giant Christmas tree being transported on top of a van on a dual carriageway – but have no fir, a high vis jacket is attached to the end. Safety first, kids.

Also on the sauce this week: Montreal’s Beer Friday!

That’s it for this week – pub anyone?

To LA, Chicago and Montreal: have a very merry Holiday party next week, and if you haven’t taken the 14th off for recovery, see you next week!