What’s been going down under the name of Framestore this week?

Framestore got suited and booted for the premiere of Mary Poppins Returns, with Fiona Walkinshaw, Chris Lawrence, Brandon Norris and Kyle McCulloch (photos courtesy of this latter two) amongst those strutting their stuff on the red carpet.

Framestore’s Chris Waitt has directed a tongue-in-cheek teaser which is a mash up of Game of Thrones and How To Train Your Dragon, starring Kit Harington and one sassy dragon. What’s not to love?

VFX Supervisor Nigel Denton-Howes and Animation Supervisor Max Solomon spoke to BBC London about the work they did on Mowgli: Legend of the Jungle, which is out now on Netflix.

VFXVoice explores the rapid growth of Netflix and how it is consistently providing high-end VFX, featuring our very own Michelle Martin and Russell Dodgson

Who doesn’t love the thrill of a theme park? CAVU’s interactive ride, Game Changers, was picked by USA Today as one of the top attractions at the IAAPA Expo which was held in mid-November. Read about it here

Check out this article, featuring an interview on Fantastic Beasts with Christian Manz who details key creative scenes and the creation of the fantastical creatures.

That may be a JME line, but Christian Manz was down south; in Bournemouth this time, visiting the Arts University to talk all things Fantastic Beasts. Christian was joint overall VFX Supervisor on the project and talked about how VFX is becoming a key part of the creative process of filmmaking.

While we’re talking FB, may I direct your attention to our very own Animation Supe, Nathan McConnel, who shares the journey of creating new creatures from initial visions to the final film in Animation Magazine. 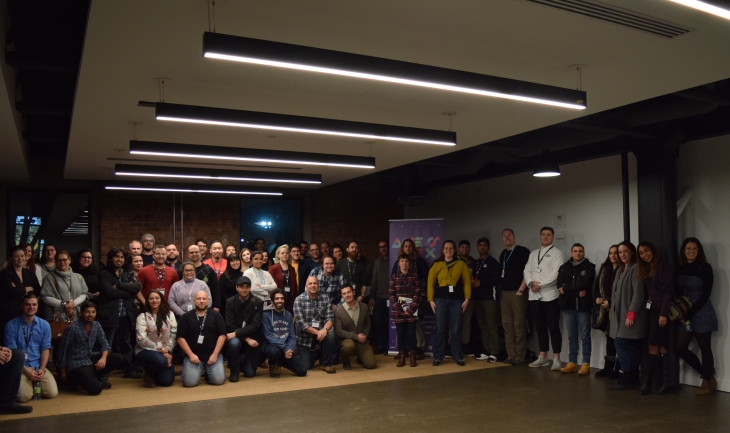 London were also visited by some friendly ferrets as reference for characters featured in His Dark Materials.

Framestore’s Lara Hopkins presented at VFX Industry night on 6th December at the University of South Australia. The evening was attended by 240 students, learning about gateways into the VFX industry.

Montreal hosted a Movember Bake Sale at the end of November. The generous donations totaled a fabulous $630.12 during the event. Framestore stepped in to match this, meaning this amazing event totaled… hold on to your tash’s… a whopping $3,300! 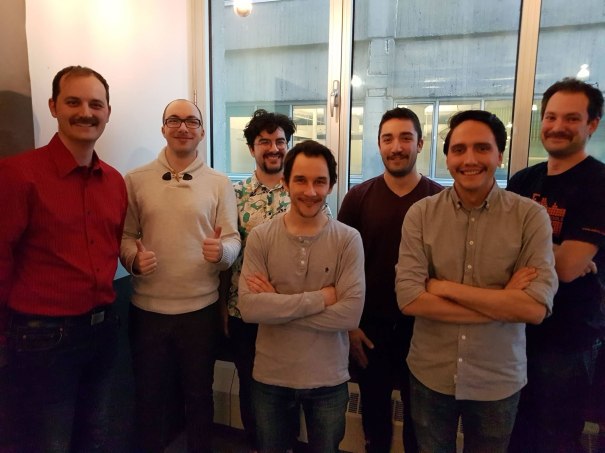 Continuing in the baking spirit, Chicago hosted a ‘Holiday Cookie Exchange’ on Monday

… Anyone else getting hungry?

Framestore proudly supports local charity Off The Street Club at their annual holiday luncheon fundraiser. The club provides a safe space for children ages 4-18, keeping them away from gangs, drug dealers and gun violence. Teaming up with Ogilvy Chicago, Framestore created a VR experience for the attendees which aims to place people in the shoes of the children the charity aims to protect. Head here to watch the heart-warming experiences and how it is helping people

Chancery Lane got funky and festive, bossing the most fabulous knitwear today, to raise money for charity Save The Children.

Employees donated clothing that could use a second home to give back to those in need. Over the course of the last month, they collected over ten boxes worth of clothing for women, men and children. The clothing was donated to local shelters including Chez Doris, Maison du Père and CAPS St-Barnabé.

A HUGE thank you to all that participated and donated across Framestore, from all corners of the world, at past, present & future charitable events of 2018. Thank you for your generousity ❤

Chicago, Montreal and LA were no doubt busting moves last night at their festive Holiday parties. Photos to follow..

Yes, it’s that time again. People of Framestore, it’s time to cast your votes in the Staff Awards. Get yourselves over here to vote

Happy Birthday to Montreal who turn FIVE this week, they grow up so fast don’t they. This video celebrates their 5 year anniversary and the amazing work completed so far

Beau Leon was the colourist on Showtime show Kidding, which has been nominated for 2 shiny Golden Globes

It's a big week #InColour for @beau_leon. . 1️⃣-5️⃣ First up, a major congratulations as @michelgondry’s series @shokidding, colored by Beau, was nominated for 2 Golden Globes. 6️⃣-🔟 Also, a glimpse of stills from one of Beau’s beautiful new films for @fifa19.offical, directed by @loren_denis. . #framestore #color #grade #colorist #goldenglobes #fifa

“You don’t have any friends”

I bet you didn’t think you’d see Gollum resurected in the form of Theresa May this week. It’s arguably more terrifying than Gollum himself.

If Brexit isn’t troubling enough, Andy Serkis also ruled himself out to be in Amazon’s Lord of the Rings. Seriously? Is anything good going to come out of this year?

The answer is yes..

A dog that survived the catastrophic wildfire in Northern California apparently protected the ruins of his home for almost a month until his owner returned. https://t.co/C2BnPnjDAN@joefryer has the story. pic.twitter.com/zKFQIaRMXp

Have you been a victim of petty crime? Londoners troll The New York Times with a barrage of dry wit

Aaaaand that’s a wrap for this week