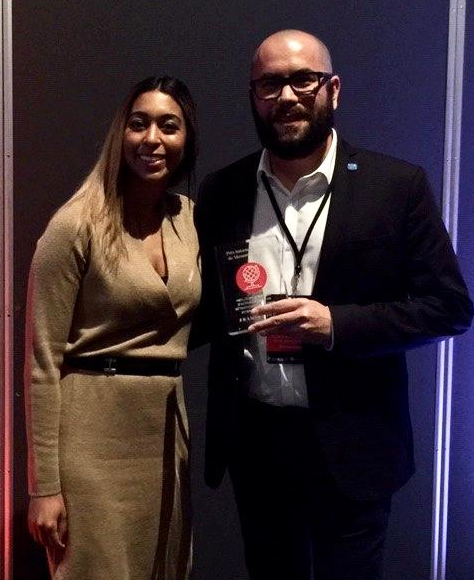 Felicitations Montréal: Framestore was awarded Best International Talent Attraction and Retention Strategy at this year’s ceremony which recognised companies that are leading the way in terms of export, attracting overseas talent and contributing to Montreal’s economy.

We’ve been shortlisted for two awards; the beautiful Purdey’s Hummingbird for CGI and Colourist for the dark and moody Victoria Xibalba job, graded by Simon Bourne (LDN).

In addition, a number of projects we worked on have also been shortlisted including The Times and The Sunday Times’ Politics. Tamed. and McDonald’s Archie the Reindeer.

Officially in cinemas from today, see our some of our work come to life in Dolittle.

We worked on these new bad boys, all of which aired during last week’s Superbowl.

The NY TV team delivered some invisible VFX for the new trailer of Hunters, an upcoming Amazon series.

You see those purple cows? Yeah, we did ’em. The LA team worked tirelessly on every detail from creating those purple beauties to embedding thick layers of cloud and dust.

Framestore has hired Akhauri P. Sinha to head up its new, purpose-built Mumbai studio, news which was covered by trade titles including Deadline, Variety, Broadcast, Televisual and Animation.

Annie Barlow and Ellen Boss (LDN recruitment) were at the University of Cambridge this week talking to students about careers in VFX.

With school visit season upon us in mtl, our latest visitors were Compositing and FX trainees from Lost Boys School. The students were given a tour of the studio by Alicia Pinet-Boesten and Jules (MTL Recruitment team).

Steffan Perry (LDN) grades Rhys Lewis’ new single ‘When Was The Last Time’ a washed out colour palette to reflect the somber mood.

That wraps up this week, catch you next time.