Members of the global technology team spent an incredible week at SIGGRAPH – the first time the event has been held in-person since 2019. The team attended talks, met with colleagues and industry partners, and learned about new and emerging tools and technologies. The event also served as a brilliant way to meet colleagues old and new, with the team spending valuable time at the VAN studio to share challenges and plan for the future. The technology team, including Chief Technology Officer, Michael Stein, are already planning an FTV session to share key news, developments, and learnings on topics like open source, virtual production, USD, and real-time. Stay tuned!

As well as an opportunity to explore new thinking and new technologies, the event also presented an opportunity to get to know our new colleagues in Vancouver. On Monday, Framestorians from our LDN, NYC, and MTL studios were warmly welcomed by our VAN colleagues and enjoyed drinks at the studio. A huge thank you to Noel Hoffman, Anna Snizkova, and the facilities team for their hard work and ensuring that everyone had a warm welcome.

This year’s recruitment booth attracted students and industry professionals interested in learning about the company culture and career opportunities. Kudos to the team, including Jules Thebault-Dagher, Joanna Puczynska, Simon Devereux, Molly Pinkerton-Jarvis, Steph Bruning and Marion Van De Graaf for ensuring everyone had the opportunity to learn more about Framestore and the range of opportunities we currently have available.

Cloud Engineer Raymond Gumti took the stage to talk about how we leverage AWS Cloud to overcome challenges presented by the pandemic, while working with household-name brands and bringing to life the world’s best-loved characters.

Variety reports that Tom Cruise’s Top Gun: Maverick surpassed Titanic as the seventh-highest grossing release in domestic box office history, earning $662 million in ticket sale. Since the film debuted in May and cleared a new Memorial Day weekend opening record with $160.5 million, it has remained a box office force. The film didn’t waver from the top five on weekend charts for ten weeks. Huge congratulations to production-side supe Ryan Tudhope and our team in MTL on this historic achievement!

Universal offered a look behind the scenes of Beast featuring a ferocious feline crafted by our talented teams in LDN and MUM. The big cat hits the big screen globally from next week.

If you haven’t had a chance to watch the trailer yet then make sure to check it out below!

Dream a little dream of me

As The Sandman takes the number one spot on the Netflix charts, the cast gets together to explain what exactly is a Sandman, and why it should be your next Netflix binge list. If you’re like us and already completed the season, then why not test your knowledge with this handy quiz!

Time to pick your side

Netflix dropped a brand new poster for The School for Good and Evil, which is scheduled to be released on Friday, 21st October, and features work by our amazing teams in LDN, MTL and MUM. The poster continues to tease the divide between the two schools and features the four main leads, including Charlize Theron and Kerry Washington, along with young stars Sophia Anne Caruso and Sofia Wylie.

Longing, but not for much longer

George Miller’s high-fantasy film Three Thousand Years of Longing was scheduled to hit US theatre screens on 31st August but this has been moved forward by five days to the 26th August. The UK release date is still the 2nd September. If you haven’t seen the trailer yet and would like to get a sneak peek at the amazing work of our MEL team then check out the trailer below!

The NY Episodic team have been hard at work on scenes from episode 310 of For All Mankind, out this week. Working alongside the show’s VFX Supervisor Jay Redd, the team was involved in a sequence featuring the destruction aftermath of an office block, filling the streets outside with smoke and debris to emphasise the force of the blow, and augmenting the melancholic aftershock that the characters experienced.

As long standing supporters, we are proud to announce that Framestore and Company 3 are the UK partners of the Immortal Awards. We’re hosting this year’s UK jury to celebrate the best of British creativity and look forward to welcoming the judges to Chancery Lane in October.

MEL VFX Supervisor, Dominic Hellier, speaks to Art of VFX about his professional background and the work he and his team at Method created for Spiderhead.

While our talented artists are still hard at work on the film, the Little Mermaid hype is starting to build. The film’s star, Halle Bailey, recently spoke to Variety for the magazine’s ‘Young Hollywood’ issue, talking about her obsession with Ariel and the power of representation. 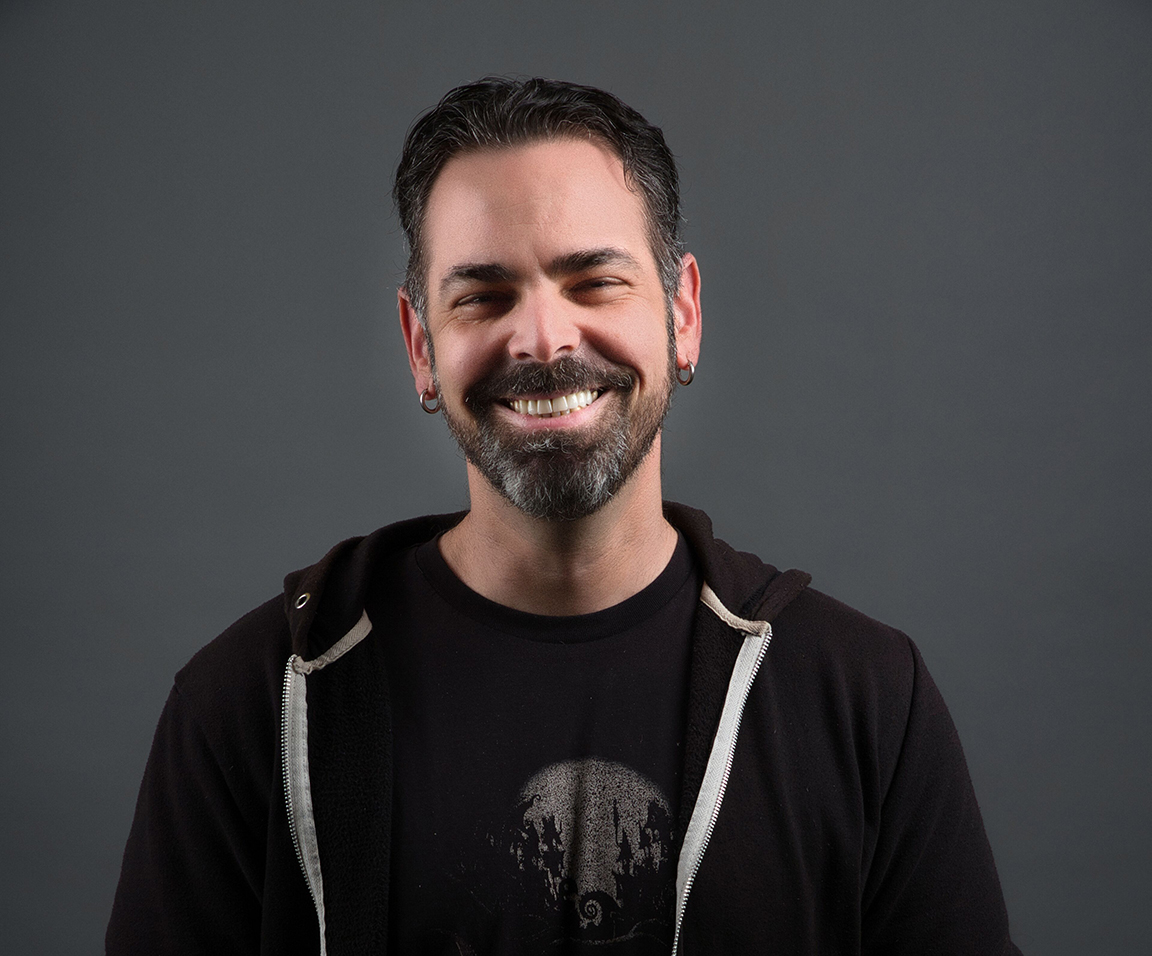 William Sargent and Fiona Walkinshaw hosted senior policymakers from the Department of Culture, Media & Sport at our LDN studio this week. The aim of the visit was to provide insight into the VFX industry by explaining our work and showcasing the kind of people who bring it to life. A huge thanks to the Framestorians who helped make it happen and dazzled our visitors with their expertise: Matthew Hughes, Dirk Lambert, Tamas Kurdi, Jordi Coll Orfila, Kayn Garcia, Duncan Williams and Lucy Jeary. Thanks are also due to our colleagues Laura Metcalfe and Johnny Whitehead at Company 3, who arranged a sneak peak at one of the world-class review suites on the ground floor.

VFX Supervisor Ryan Tudhope spent time with MTL colleagues old and new this week. As part of his visit to Quebec he presented Method’s work on Top Gun: Maverick, detailing everything from the show’s seamless invisible FX to the unique on-set experiences that the blockbuster sequel presented.

Last Friday, the MTL Production/Editorial team enjoyed a well-deserved get-together on our amazing terrace, including sangria, finger food, and board games. What a great evening!

This week, Framestore FC defeated Mathematic Studio in the semi-finals! It was a tight game, Framestore won by a score of 1:0. Sean, our exceptional goalkeeper, blocked crucial penalties from Mathematic Studio’s best striker, to bring the team to the final!The final will take place at Forbes Park on Wednesday at 7:30 p.m. against Rodeo FX. We invite you to come and support our team!

The MEL team got together last week for some well overdue Friday night pizza and drinks. It had been a while since they all saw each other in the office so it was great to get all departments together! 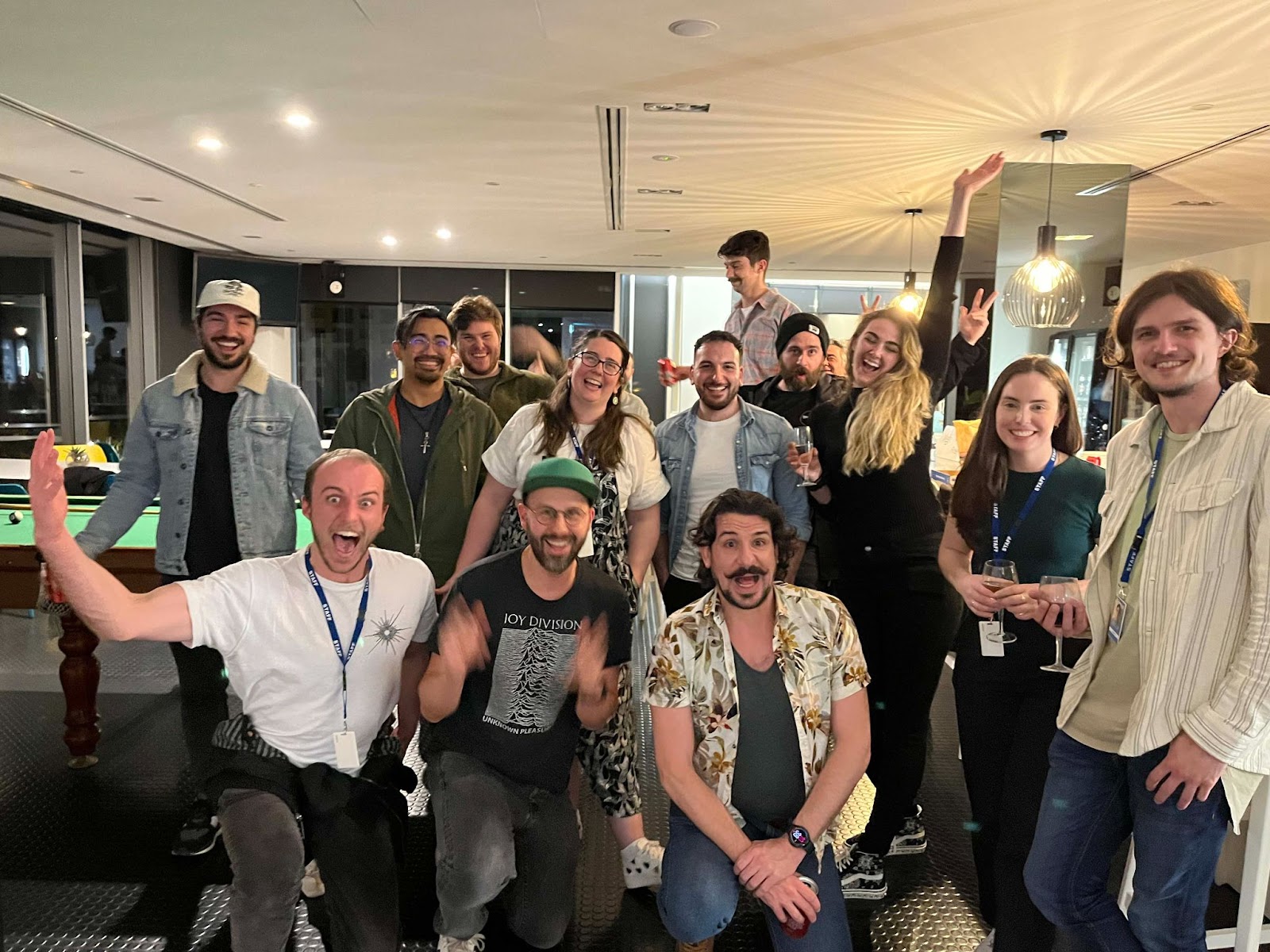 Game 10 – Flamestorm v TIPi Group “Chiefs” – In the final game of the year, Flamestorm went out with a BANG and got the huge win they were looking for to end the season on a high note. Special mention to MVPs this week: Ella Weeks for amazing hits and Matt Ball for catching everything that came at him at shortstop as well as the whole team for another amazing Flamestorm season!
Final score: Flamestorm 40 – 3 TIPi

Introducing the diversity and inclusion calendar

As part of our efforts to learn more about each other and make our workplace more inclusive, we are introducing a new calendar that you will all have access to. This calendar is an essential tool for knowing the historical, cultural, and religious events celebrated by different groups within the Framestore family and helps to bring awareness to important causes that deserve to be supported or celebrated. Make sure to read Mel’s most recent email and follow the simple instructions on how to add this calendar to your work calendar.

That’s it for this week – please remember that your colleagues in MUM will enjoy a long weekend as they celebrate Independence Day on Monday.