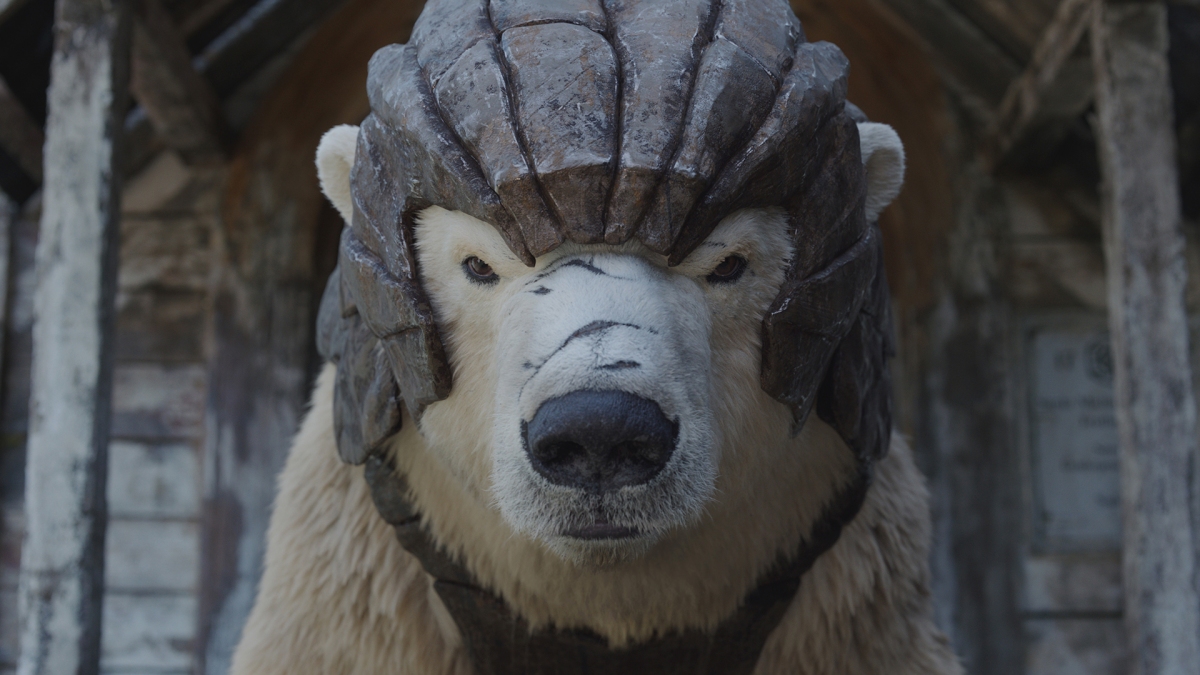 We created over 50 daemons, with 730 artists working on approximately 2000 shots across LDN, MTL and Pune offices… and we absolutely nailed it.

VFX Supe Shawn Hillier chatted to Flickering Myth on everything from the evolution of CGI in episodic storytelling, to creating believable set-extensions and, of course, creature animation. See the full interview here.

UK audiences can head to the iplayer to see the show’s overall VFX Supe, Russell Dodgson, join the cast and crew in this short film about the making of the daemons (look out for the bonus cameo of VFX Supe Rob Duncan!)

Iorek has received outstanding reviews from critics who described our majestic panserbjørn as “Photorealistic” and “rippling with muscle” (phwoar).

“Full marks also to Iorek Byrnison’s creators at Framestore. As a CG creation, he has heft and substance and feels irrefutably present in the environment (especially when was crashing around its corners, sending it all flying in that rage-filled race to retrieve his armour). Work as skilled as that can’t have come cheap and, in the words of Lee Scoresby, neither should it. You get gold for gold.”
See the full article here

To sum up the reviews, THAT Framestore, is a damn fine specimen of a bear.

Do you even sword fight tho?

The MTL Immersive team descended on MEGA MIGS – the largest gaming conference in North America – offering guests at the event the chance to test their sword-fighting skills on our GoT VR experience Beyond the Wall.

An Argentinian vlogger comments on the experience, saying it’s ”a real party” for fans of the series’, and noting the great resolution/image quality. Nailed it again, Framestore.

Artists from Modelling, ENV/DMP, FX, CFX and VisDev were off-site learning about Unreal Engine at Centre NAD, a 3D/VFX school in MTL.

Keeping in mind that the key to great animation is observation, LDN’s Launchpad Pro Anim students visited London Zoo this week to observe and draw the animals. Credit to Antonio Guidetti for the penguin drawing.

Every year a charity auction is held by Adam&EveDDB, where people submit their photos or artwork to be sold to raise money for The Avenues Youth Project. This year our Associate Producer / Head of Traffic, Danielle Nadal (LDN) submitted this photo below, showcasing her eye for photography.

Head of Animation, IA, Ross Burgess (LDN) and his man-date Senior Producer, TV Seb Read (LDN) attended the RTS Awards for Best VFX this week at the Hilton, LDN. Congratulations to our new VFX Producer, TV Standish Millennas, who scooped the top prize for her work at her previous company!

Calling all cooks: Framestore is creating a globally-accessible holiday themed e-cookbook and we would like to include your delicious recipes. Whether it’s appetizers, entrees, side dishes, desserts, drinks, your grandma’s masterpiece or your hangover cure, send in your recipes to recipes@framestore.com.

And if you aren’t a culinary genius, why not get involved in the design contest? Send in your creations to be included within the book. See your Holiday e-Cookbook email for more details.

Treat yourself to a preview screening of His Dark Materials and a Q&A with the creative team behind it. Head here to book

Have a good weekend and happy Thanksgiving to our US counterparts!