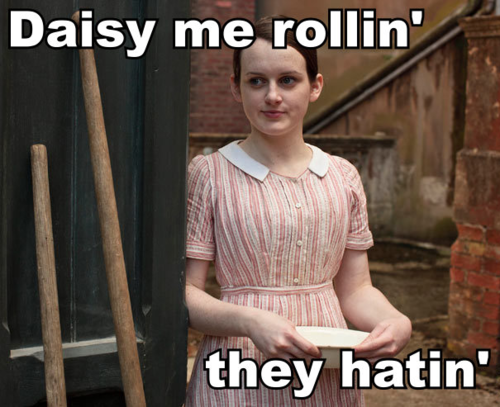 Downton Abbey is clearing up; beating both Rambo: Last Blood and Ad Astra at the box office, just short of an impressive $40 million dollars 💁🏻

FX Guide covered the seamless VFX we did for the movie in this article:
“The film is an excellent example of how almost every major film now contains hundreds of VFX shots, mostly all invisible”

& check out the kind words about us from Downton’s Director Michael Engler in this interview with PostPerspective, “We had a big set piece at King’s Cross train station, which we actually shot at a tiny two-track station in the north of England. Framestore then created everything around it and built the whole world, and they did an amazing job.”

We’ve been blessed with new footage from The Aeronauts, as seen in this new trailer. The film, for Amazon Studios, features the breathtaking cloudscapes produced by our MTL office.

Directed by William Bartlett (LDN), & delivered on by our talented IA team in London, this new entirely-CG ad for Optrex delivered last week. Have a guess what balcony the shot of the couple kissing is from.

See the exceptional work from the IA team in London that went into creating a fully-CG environment and those insanely realistic hummingbirds.

Move over Hollywood, Fiona Walkinshaw features in this article from Time Out magazine speaking about the why London is the VFX capital of the world.

And Jordi Bares (LDN) spoke to CommArts about how his background in architecture helped him in his VFX career.

Our CCO, Mike McGee was at TCBA brand event this week at the BFI Odeon Cinema presenting on Creativity in Marketing.

The LDN office hosted ERIC festival, inviting creative young women into Framestore to learn about the making of the Fantastic Beasts films and hopefully inspire them to follow a career in VFX. The group were briefed to write a press release by our marketing team, before meeting Ben Loch (VFX Supe) and Jenny Basen (VFX Producer) for an overview, then getting hands-on with members of our Modelling, FX and Comp teams. The guests also got the chance to try out our award-winning Fantastic Beasts VR experience.

Our Director of Global Talent Development, Andrew Schlussel (LDN) took a trip over to Escape Studios this week and spoke to students about the importance of teamwork and creative collaboration when it comes to VFX. Read more about it in the Escape Studios blog

Head of Groom, Luc Girard (MTL) and Head of CFX, James Nicholl (MTL) gave an insider look into the technical and creative challenges that went into ‘Total’, the polar bear in the upcoming Disney+ film, Timmy Failure. Attendees discovered how our talented team developed the perfect fat jiggle and complex fur system to create the beloved photorealistic bear.’ ‘Mistakes were made” but not on Total.

Lead by lead Animator, Philip Morris, Animators from the MTL office got busy with cartoon drawing.

Elsewhere in MTL, John Sudol, known to many as the ‘go-to’ emotion specialist, taught employees about the subtleties in facial performance and emotions over at Nomad co-working space.

Employees from the LA and NY offices took a trip up El Capitan in Yosemite (virtually speaking, that is), having a go on the AWARD-WINNING Free Solo 360.

The LA office had a team bonding sesh, attending a baseball game together last week

As well as being edible, turns out our branded mints are an excellent cat toy.

One for the Downton fans: Rumours of a sequel are already in the mix

I’ll leave you with something I think we all need to see again… Ken and Kyle in their finest attire.