This week some ten Framestorians from LDN, LA and NY headed to the French town of Cannes. Earlier in the week CCO, Mike McGee (LDN) took to the stage to discuss the impact immersive technology is having on storytelling.

Framestore’s hard work on Ubisoft: Starlink for Atlas was recognised by the Awards this week as it was shortlisted, among 11 others, for Best VFX. Congratulations to all those who worked on the project!

Congratulations to @bbdoparis and the team behind @ubisoft 'Starlink: Battle for Atlas' for being shortlisted @cannes_lions for Visual Effects in the Film Craft Lions. . #vfx #cgi #creativityisgreat #framestore #visualeffectssociety #2d #3d #canneslions2019🦁

At the festival, Framestore partnered with the Advertising Association to promote the #CreativityisGREAT campaign, creating a rain box that visitors could pose in with Union Jack emblazoned umbrellas. You can see all the visitors to our activiation on Twitter @ad_association.

The team also got down to some serious business networking, taking part in panels, meeting clients and partners and most importantly – attending Craig David’s live set.

Celebrating Creativity is GREAT, Campaign Magazine spoke to leaders from the advertising industry – including Mike McGee – about what makes British creativity so good. You can see what he said here:

Spidey’s all wrapped up, and we’re pleased to say that the early reviews are extremely positive!

Huge congrats to the talented team who worked super hard on getting Framestore’s eye-popping 3-minute sequence together in such a tight time frame. It’s going to be a stand-out part of the film, and we can’t wait to see it on the big screen.

Here are some of those early reactions from Twitter:

#SpiderMan #FarFromHome is an absolute home run. It’s SO much fun. It’s huge in itself and for the future of the MCU in the most surprising ways. Tom Holland, Jake Gyllenhaal, just a lethal, awesome combo!!

I cannot wait to see this movie again. And again. pic.twitter.com/0hYJvKkdjN

While we’ve got our Marvel on – who’ll be heading back to the cinema to catch the new footage in Avengers: Endgame?

Hollywood Reporter – ‘Avengers: Endgame’ to Get Rerelease With New Footage

Led by William Bartlett (LDN), Framestore Television’s artists delivered VFX for 150 shots for the episode. The work varied from building the interface for the social media app ‘Smithereens’ and implementing this on different devices to recreating the car crash scene, viewed from the interior of a car. See the comp breakdowns and more info on what we did here

We’ve delivered over 60 idents for Direct Line’s new film sponsorship gig for Channel 4 – grading, adding titles and conforming all the assets as well as editing and titling the brand’s trailer.

Money Supermarket releases its second spot, Goats as part of the ‘Get Money Calm’ Campaign, featuring Framestore VFX and colour by Simon Bourne (LDN). As you may have guessed, the main subject of the ad is a goat who is taken on a fantastical journey from an ancient temple through to the Framestore-created tranquil mountain range.

The spot was directed by our very own Murray Butler (NY) of Framestore Pictures, while LA worked their magic on the edit and VFX. See more on our website here.

One to watch: the show will be aired this Sunday on BBC 2 at 11pm. See here for more info about Framestore’s involvement and the performance capture technology we used for the show. 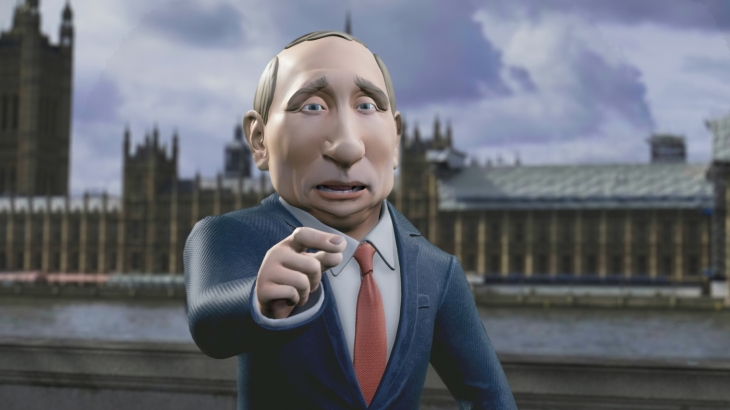 CG Supervisor Pierre-Loic Hamon explains our VFX work on Welcome to Marwen in “Le Grand Frisson”. For those who want to skip straight to see the man himself, Pierre’s interview begins around 10:56s As the hype builds around the brand new immense theme park, Blooloop expands on what’s behind closed doors. The article features write ups on rides Framestore created for Twilight (Bella’s Journey and Midnight Ride) and The Hunger Games (Mockingjay Flight). You can see the full article here

Each year, Televisual readers vote for the best TV shows, production companies and channels for the annual Bulldog Awards. Votes poured in for One Strange Rock which came out on top for Best VFX. A huge congrats to our talented artists who worked on the project for National Geographic. Read more about the project here and see the trailer below.

In the LDN office, the latest sculpting course is complete. The classes were taught by external teacher Andrew MacCallum. See the finished figures and their creators below.

Over in Montreal, the Riggers team organised Keyboard Assembly. The aim of the activity was to build a mini 6-key keyboard, called MiniKbd, and program the keys to do shortcuts.

In honor of Pride month, the LA Office had a Pride Trivia night for Happy Hour last Friday. The hosts, Gabbi Segall and Jamie Runkle, are pictured below. 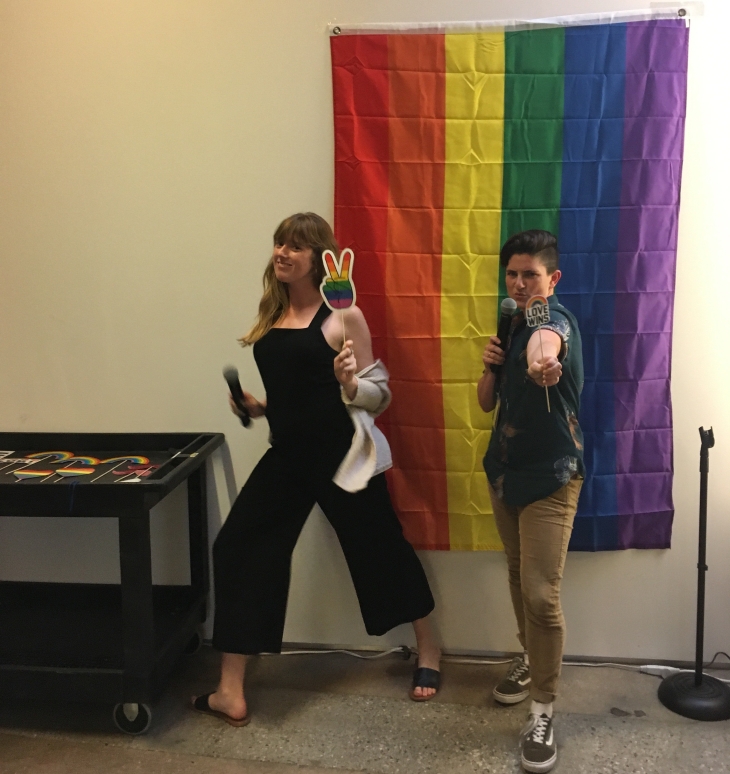 Going for gold at Cannes Lions

Alongside his usual business at Framestore, Environments TD Pedro Casavecchia (LDN) wrote, produced and directed his first short film Pulsión (English title: Drive). The film was selected for one of the biggest awards there – Cristal for a Short Film. We are pleased to announce that the film won! A MASSIVE congratulations to Pedro and those fellow Framestorians who helped along the way – very well deserved!

Well, well, well… if it isn’t another win.

Here’s what the Soccer team in MTL had to say:

“We took on Rodeo FX for a second time this season. Obviously, our boys and girls in blue played amazingly and we won 3-1. Special mention to Sebastien Bacchia who did an amazing from the mid field. First goal after 2 years playing with Framestore and it was a beautiful one. Congratulations!”

The VCCP “Sonics” couldn’t handle the heat this week as our opposition cancelled the game, making Flamestorm the winners by default.

That’s this week all rounded up!