Watch out Avengers – the coffee-loving, buddy-cop duo, Detective Pikachu is released in cinemas TODAY and ready for battle at the box office. Well done to the VFX team who created characters and environments for this film. It’s going to be B.I.G.

A little earlier this week the “full picture” of Detective Pika was leaked. While it doesn’t contain any of the film’s actual footage, it does contain 2 hours of some pretty impressive dance moves from Detective Pikachu himself. Turns out, it’s all an elaborate troll from Warner Bros. and Ryan Reynolds.

Since then, there are now dedicated twitter profiles where you can find Pikachu cutting all sorts of shapes to the likes of Linkin Park, Earth, Wind & Fire and T. Rex. Highly recommend to a friend.

— detective pikachu dancing to (@dpikachudancing) May 8, 2019

*SPOILER ALERT* Don’t watch this if you haven’t seen Endgame.

For those who have, check out what our friendly neighbourhood Spider-Man is up to next by clicking on the trailer below. You might not clock what our LDN team have been up to in this trailer, but we hear it will be well worth the wait!

The film is the fastest movie to reach $2 billion EVER and is cashing in as the second highest grossing movie of all time, overtaking Titanic.

NME – ‘Avengers: Endgame’ review: is it the best comic book movie ever?’

Polygon
I’m talking to all those VFX heroes behind the scenes. Yes, you. Polygon did this write-up on the Avengers: Endgame credits, pausing to recognise the painstakingly intricate work from the VFX teams that goes into creating a film of this magnitude. See the full article (and spot some familiar names) here 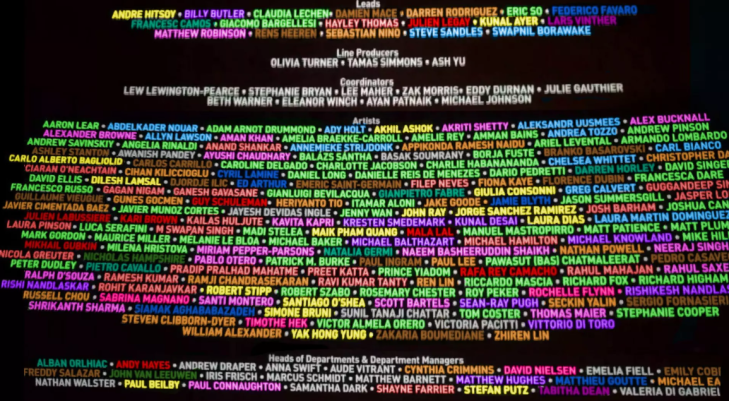 We have to say, though, we’re not quite sure why Sadako from The Ring was presenting the awards… 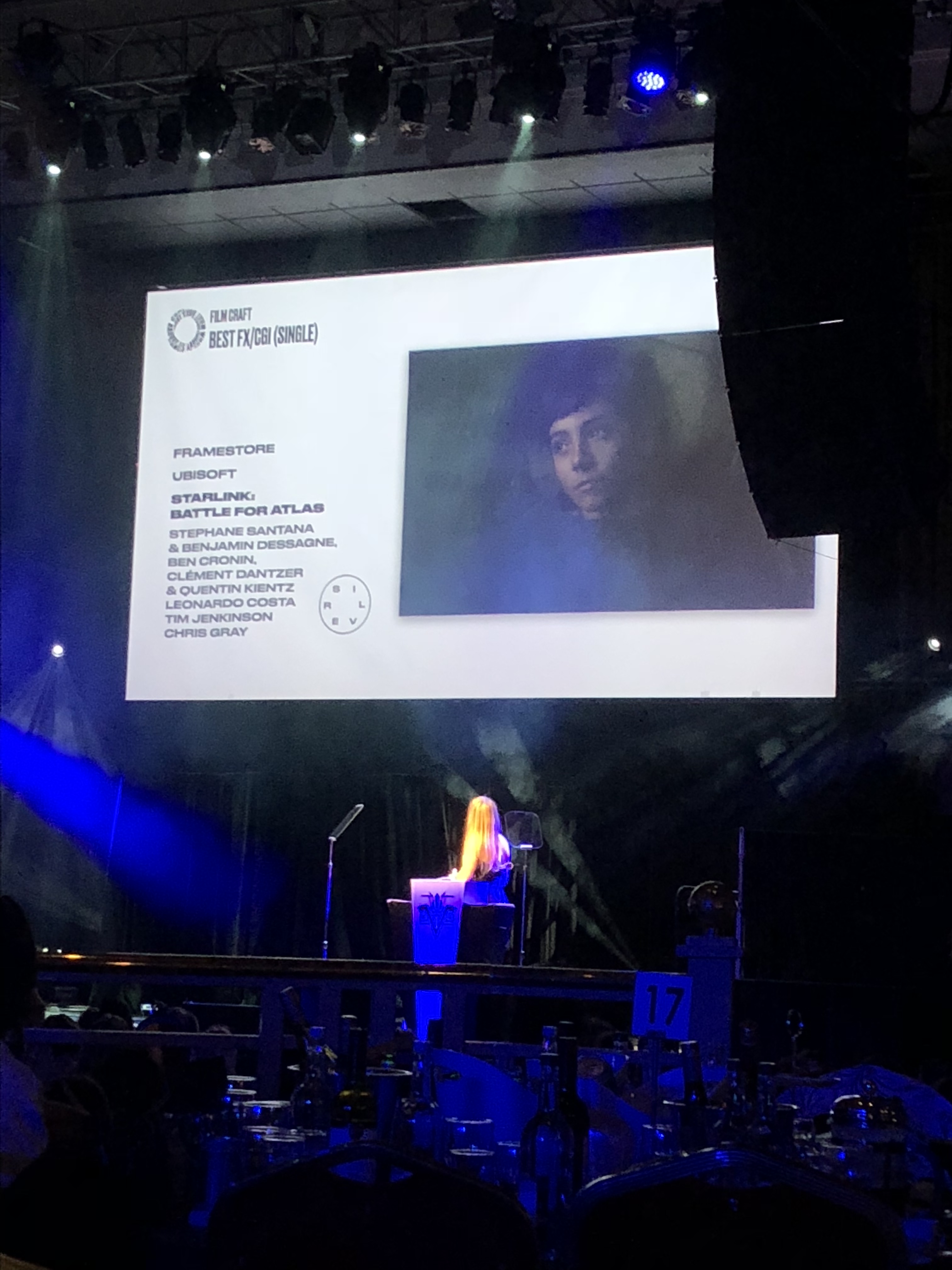 The article discusses the two action-packed VR and AR experiences Beyond The Wall and The Dead Must Die in detail. You can currently experience them in AT&T flagship stores in Chicago, San Francisco and Boston. Read the full article here

CG Supe, Amanda Johnstone-Batt (LDN) talks dark rides, covering all aspects of the creative process from brainstorming and pitches to how the final design is achieved in this fun podcast. Have a listen here

CCO, Mike McGee took to the stage with Victor Knaap and Amy Brown in Amsterdam this week, to discuss the future of advertising.

In Montreal, Head of Rigging, Laurie Brugger (MTL) was recently invited to participate in a ‘Women in Animation’ panel. The event celebrates the gains women have made in the industry. 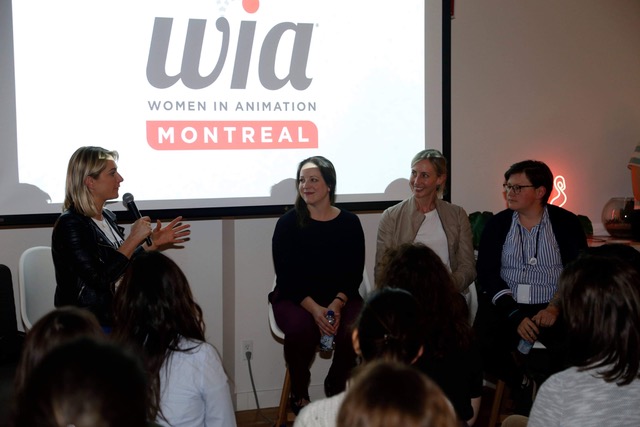 Heading west, the MTL office hosted a workshop this week on ‘Understanding mental health and preventing mental illness’ to promote National Mental Health Week, which is from 6th – 12th May. The presentation discussed what early onset signs can be and tools on what to do and who to turn to.

National Mental Health Week for the UK is from the 13th – 19th May, where the LDN office will be hosting similar workshops on the importance of mental health.

We don’t just do sport, we DO sport.

The Soccer team took a well-deserved victory over their opposition, Gameloft.

We will take on Method Studio for another epic game. If people want to come to cheer us up, the games are at “McGill University – Forbes Field – Terrain C” 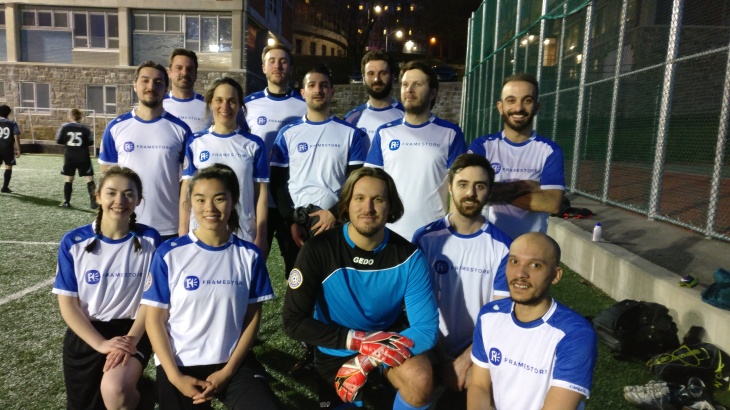 Stand down, “Spartans”. Flamestorm make their third win of the season last night in their match against the Sprinklr “Spartans”. Here’s what the Framestore team had to say:

“Before the game even started our opponents were posting on social media applauding our professionalism with the batting joystick🤭. (LOL)

The early innings were a tight affair and we were drawn at 3 a piece going into the third. It was here we found our feet, batting 7 round in quick succession. From here on our opposition never rallied and failed to score after this point. Sensing a storm brewing we agreed to stop after the sixth inning, final score 🔥🌩️ 13 – 3 Sprinklr “Spartans”.

This was a true team affair with everyone contributing in the field and at bat. That said after a close decision this week’s MVP goes to… Nicole DeSantis for throwing herself into the role at first base and hitting solidly throughout.

Next week sees us take on the tricky Div 2 veterans TMW “Soho Swingers” to make it 4/4 to continue our best start to a season yet!”

On to the next win.

Just leaving this one here for you:

Detective Pikachu recreated my favorite Key & Peele sketch and my jaw is on the floor pic.twitter.com/1OKjz9Urgq