The hype surrounding the release of Pokémon: Detective Pikachu continues with another teaser clip. Catch a glance of the PREVIOUSLY UNSEEN Pokémon Framestore have worked on including (but not limited to) Sneasel, Ludicolo and Rufflet, as well as Charizard having a bit of a strop.

Special #PokemonTCG promo card featuring artwork from Framestore of Pikachu drinking his favourite cup of coffee from the Hi-Hat Cafe. You can only find this in theatres during the Detective Pikachu opening weekend. Described by a fan as “pretty decent but lacking Thunder Wave” – woteva, m8!

Talking of hype, the GoT excitement mounts as the biggest TV show on the planet prepares for its final bow. To honour the occasion, Framestore has created an incredibly detailed brand takeover for Sky Atlantic. The work features dragon fire engulfing the logo, which required 15 hours of rendering per frame. The GoT branding will be shown throughout the whole series, beginning this week. All credit to the IA team

This has picked up press coverage on Campaign and Broadcast Magazine.

And for #FlashbackFriday, we remember when Toothless gatecrashed Kit Harington’s audition for ‘Untitled Fantasy TV Drama’. This hilarious teaser for the third How to Train Your Dragon movie was directed by Chris Waitt of Framestore Pictures and has amassed nearly 10 million views on YouTube.

Our favourite green lizard gets super-powered in this Avengers crossover. The spot is directed by Tom Rouston of Framestore Pictures, with VFX by Framestore. Read more about the making-of here

‘GEICO’s Avengers: Endgame Ad Shows a New Use For the Infinity Gauntlet’

Art of VFX – VFX Supervisor Christian Kaestner (MTL) talks about his work and the challenges on Captain Marvel.

3D Total – We’re doubling up on Christian Kaestner this week with a podcast about working with Marvel Studios on Captain Marvel.

Animation Magazine – The article delves into the ‘Transformative VFX’ Framestore delivered for, you guessed it, Captain Marvel, featuring both MD, Chloe Grysole and Christian Kaestner (MTL).

William Bartlett talks to Little Black Book to reveal creative decisions and development of characters for the The Times and The Sunday Times spot ‘Politics Tamed‘. Read the piece here.

Variety – Our Game of Thrones experience ‘The Dead Must Die: A Magic Leap Encounter’ is still drumming up lots of press, including this piece from Variety. ‘A chance for consumers to get a taste of what Magic Leap and AR headsets are all about, complete with portals and other visual effects used in many other Magic Leap experiences.’

Animator, Marianne Morency (MTL) has been recognised as a Rising Star by Animation Magazine. Having worked on films including Fantastic Beasts: Crimes of the Grindelwald and Paddington 2, she is currently working her magic as a lead animator on the upcoming (and AWESOME-looking) Timmy Failure. We’re all sending our congratulations your way! Read about her journey into animation and VFX here.

Today is your last day to get yourselves over here and vote for those who you think deserve to be recognised for their hard work over the last few months.

Fantastic Presentations and Where to Find Them

In LDN, Concept Artists Ben Kovar, Dan Baker & Sam Rowan gave an evening presentation about their creature-designing process for Fantastic Beasts: The Crimes of Grindelwald. We’re hoping to have the presentation uploaded in the near future for those who missed out!

Elsewhere in the LDN office, check out the results from Framestore London’s latest figure sculpting class, this time taught by Livia Turco. 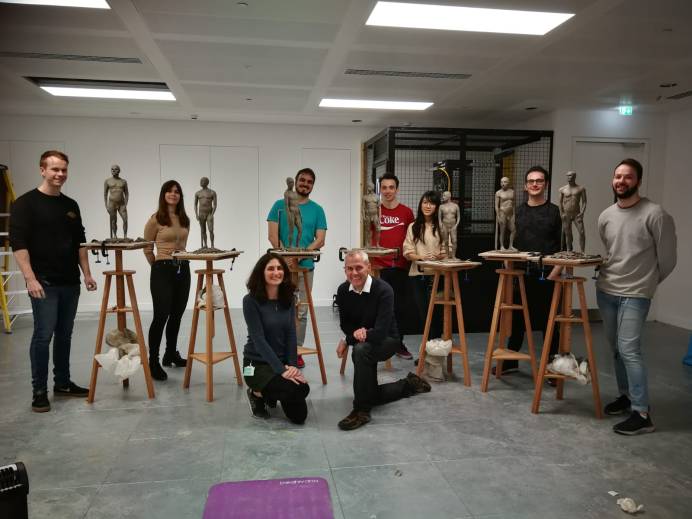 Molly Haviland and Paula Huelin Merino will soon be running the London Marathon to raise money for Lord’s Taverners charity.

So, as we prepare to stock up on Creme Eggs for Easter, spare a thought for Molly and Paula’s i n c r e d i b l e efforts. Please donate to their personal pages, for Molly head here and for Paula you can donate here.

Simon Bourne (LDN) grades for Hapkin Beer. Give it a watch below.

Do you know any university students who would love the opportunity to join us in London or Montreal? Send them our way!

Applications for our Summer Internship in Montreal and London are now open! #LaunchFS #vfx #careers pic.twitter.com/agYGC6hBce

This one’s a long read for the Game of Thrones fans. Here’s everything you need to remember ahead of the start of the new series.

While you don’t expect much for the price of your rent in London, you do expect to at least have a door. But how about going full Narnia and accessing your bedroom through your wardrobe for £145 a week… 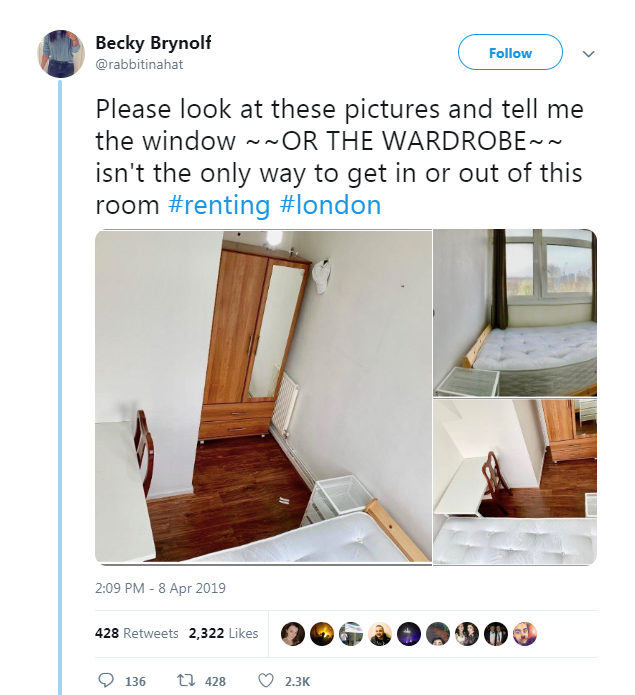 That brings this week to a close, catch you next time!