Nominees Christian Manz and Andy Kind were interviewed ahead of the ceremony:

In case you didn’t already hear, we have received FOUR nominations for the British Arrows:

A HUGE congratulations to the tremendously talented teams behind all of these projects.

✨Exciting news✨ Four of our projects have been shortlisted for the @britisharrows, including: Samsung 'A Moon For All Mankind', Ubisoft 'Starlink – Battle For Atlas' and two nominations for McDonald's 'Reindeer Ready' . #framestore #ba2019 #britisharrows #advertising #award #vfx #cgi #vr

To our North American cousins, Alita is now showing in cinemas worldwide in time for Valentines. Framestore’s work on the project encompasses a broad range of VFX; from the floating city of Zalem, to the vast Iron City and the Motorball stadium; featuring key frame animation of robot-driven team players, cheering crowds and the building of the vast stadium itself. 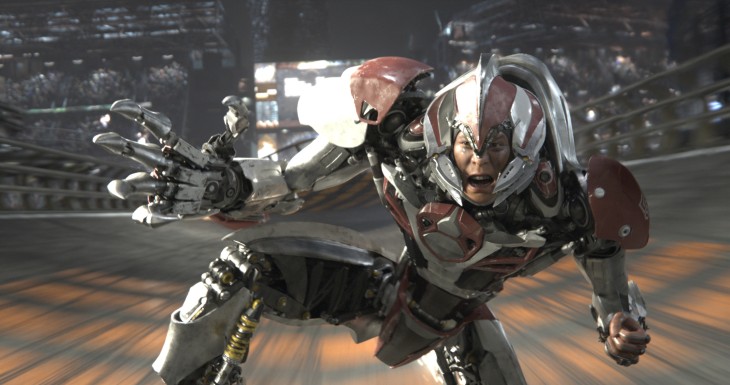 Here’s my super-late-mention (my bad) of the spots we did for the Super Bowl, which aired on February 3rd.

Bringing the Toyota Supra back, big time. Both the VFX and Colour by Framestore. Directed by Marc Forster, the spot is being re-released this Sunday at the greatly anticipated Daytona 500 (a 500-mile-long Monster Energy NASCAR Cup Series motor race

Our Chicago based team created subtle visual effects work including crowd replacement, compositing, clean up, and colour. In this humourous spot, the dog owners, not their canine counterparts, become the subjects of the competition.

A great McDonald’s debate. Do I get the classic fries or the Big Mac? OR do I add crispy bacon? Our Chicago office did the general clean up, Maria Carretero (CHI) did the colour on the spots and Krysten Richardson led the VFX team who worked on the overall campaign. The first spot aired just before kickoff this year.

Have a watch of the new genius spot directed by Framestore Pictures’ William Bartlett, likening politician’s gibberish to that of zoo animals. Below is a twitter link to the 20 second spot, with the full 40 second spot being aired in the UK this evening.

Less hysteria, more analysis. Make sense of it all with The Times and The Sunday Times #PoliticsTamed

The spot was projected onto the side of the House of Commons in London and has been successfully causing all sorts of confusion amongst the public, especially for poor Brian here:

what is going on and why is there an ostrich #politicstamed #london pic.twitter.com/u5rZjLAC1k

Director Sharon Lock and Framestore’s Design Studio mastered the main title sequence for OFFF CDMX, which was showcased in back in 2017 in Mexico City. Fast forward to 2019 and it’s 1 of 30 shortlisted for Excellence in Title Design Award at SxSW festival. Read more about the work.

Amanda Johnstone-Batt features on the How I Work piece in this months edition of Creative Review!

How about some wizardry for your Friday afternoon? Check out joint overall VFX Supe Christian Manz who appeared on BBC Click to talk about Fantastic Beasts..

Theo Jones is interviewed by local newspaper in Bournemouth, ahead of the Oscars. 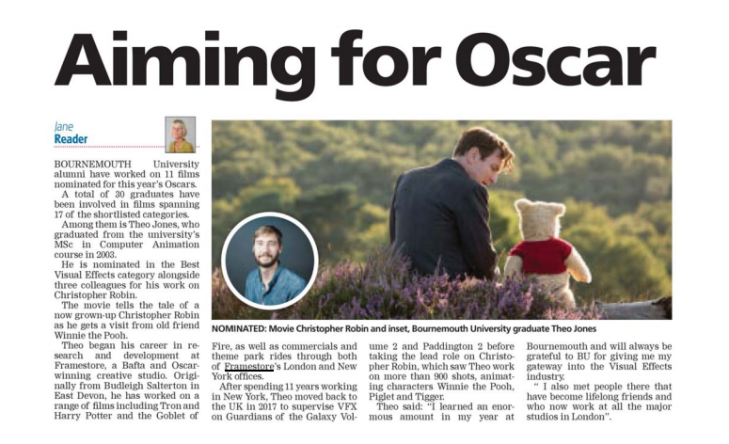 What you up to, Framestore? 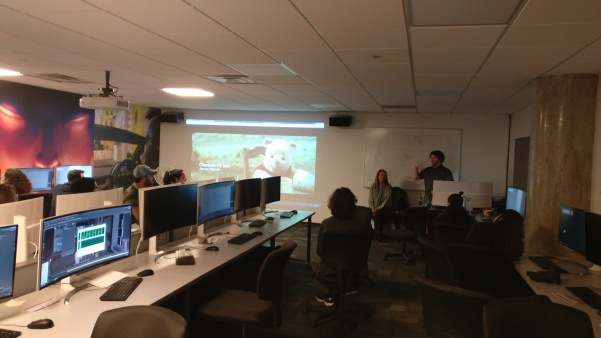 Meanwhile, in Vancouver the recruiters roadshow got underway at Lost Boys School…

#CICLOPEFESTIVAL We're missing Berlin already! A big shoutout to @framestore for the beautiful opening video. You can watch the full version on our Vimeo channel.

Heading West, our colourist Maria Carretero (CHI) works her magic on a grade for documentary called “After the Fire”, which will be featured in the Big Sky Documentary Film Festival happening this weekend.

Happy (???) US Presidents day for Monday!