Happy release day, Pinwheelers 🎈 Christopher Robin is OUT in the US and Canada

'I’m so incredibly proud of the work Framestore accomplished on Christopher Robin… recreating these handcrafted stuffed animals and animating them so organically, so delicately, and with such artistry not seen in many other movies.' Marc Forster – Director 🍯 . . . #vfxbyframestore #vfx #animation #ChristopherRobin #disney #framestore

🔥 HOT REVIEWS IN: New York Times! Vanity Fair! Daily Beast! 🔥 Throwing around quotes like, ‘Character design exquisite‘, ‘beautifully rendered to seem bespoke‘, and ‘some of the best CGI I’ve ever seen in a Disney movie‘, it would appear you did, as we all knew you would, smash it. See Twitter, Insta, and dot com for more, and sit tight for all the VFX-y making-of detail post-release

Of course, a movie needs its marketing. See the main man Pooh in interview, utilising a set of talkative assets created by our Advertisers. Next question?

⚡️ See what #WinnieThePooh had to say in his first ever #AskWinniethePooh Twitter Q&A. #ChristopherRobin opens in theatres Friday! https://t.co/yTMy2srmDy

There’s also an AR treat waiting for you in Facebook Stories: hit your camera, add effects, and track down Pooh bear in alternate realm ✨ Very well played to all involved

The Boy Who Lived has reached the grand age of 38, can you believe. Having watched him grow over the years, it felt right to look back at the family albums for the occasion

Hosts with the most

Around-the-world hospitality, its how we roll. Our Chicago office continued its stellar run of outreach in the community, inviting participants under the non-profit Penedo Charitable program into our house for the day. Mike McGee delivered Framestore’s fame story, plus some details of his own astronomic career; as did MD Krystina Wilson, Larissa Berringer, Raven Sia and Carrie Hunter over lunch with the girls, helping to open new paths and build productive lives. Shout-out to Larissa for organising 🌟 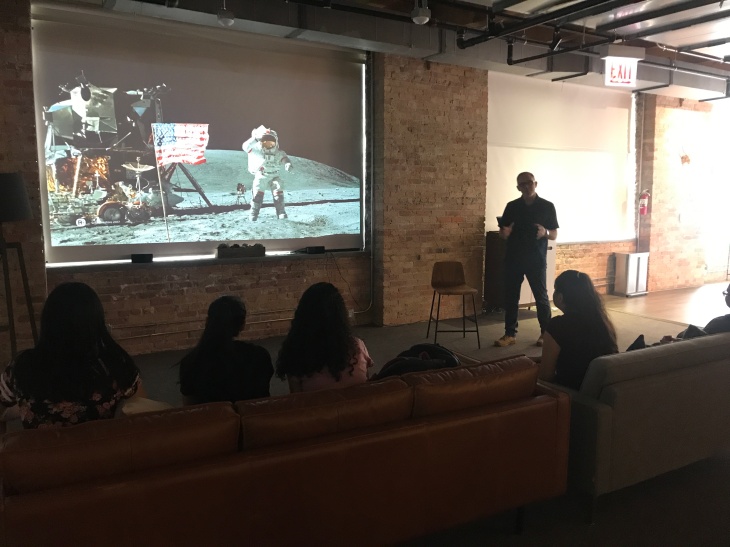 Whilst on office tour, Mike McGee and HR Director Anne Murphy got the FULL #CHI treatment, with an evening well spent at Wrigley Field watching the Cubs complete with Chicago dawg and seven innings of drama

To the north, our Montréal office hosted another successful Framestore Connect, an initiative that works to welcome those new to the company, and their families, to our fair city. A massive 130 visitors turned out for a guided tour of the studio; huge thanks to Laina B, Thierry D, Luc G and John M for their efforts in getting every group round, and to Editorial, Production, Marketing, Facilities and HR for their assistance

London’s Advertising division spent a very happy hour with friends from adam&eveddb, soaking up the sun from the 7th floor decks; thanks to all who attended 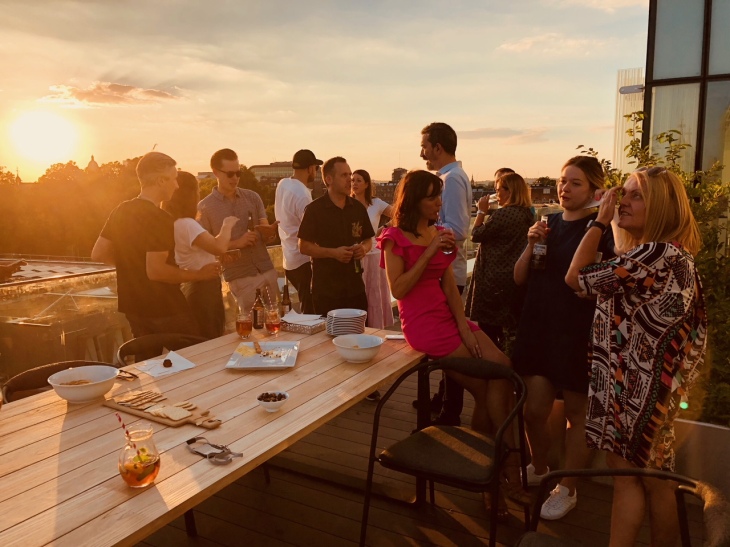 MTL then went one further and threw inflatables into the mix, with a sunny day of mid-internship activity for our Launchpad cohort: setting up a game of bubble ball (WHO KNEW) followed by a darling picnic in the park 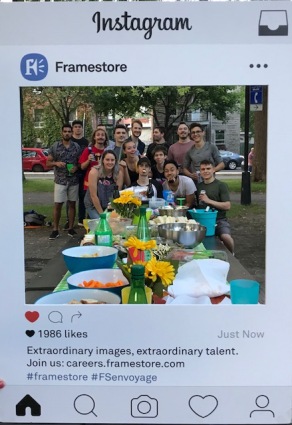 Mere hours remain to elect your favourite Framestore characters for a coveted Staff Award. Get thee to the Hundred Acre Intranet to VOTE NOW

Chancery Lane has been dabbling with a new sporting line-up, as documented by our friends at Oyster Diving who led our first scuba meet this week. Said Diver-in-Chief Brooke McGowan: ‘10 Framestorians came along to see what it’s like to breathe underwater. All were naturals – the instructor rated the group highly, even when tasked with removing their masks underwater, which normally freaks people out. Next on the club’s agenda is a weekend open water course.’ 👌

❄️ ❄️ ❄️ On a snowier note – last chance for Chancerians to sign up for the 2019 ski trip, details should be nestled snugly in your inbox, or find the booking form HERE ❄️❄️❄️

🌈 CHEERS to those who gathered in London last Friday to round off Pride month – Ben Perry, Amber Ducker, Amy Smith, all the rainbow love for your organisation. The rainbow-imbued bottles of beer bought for the occasion support three LGBTQ charities, and will fund 25 self-test HIV kits and two full days of anti-homophobic bullying education in schools 🌈 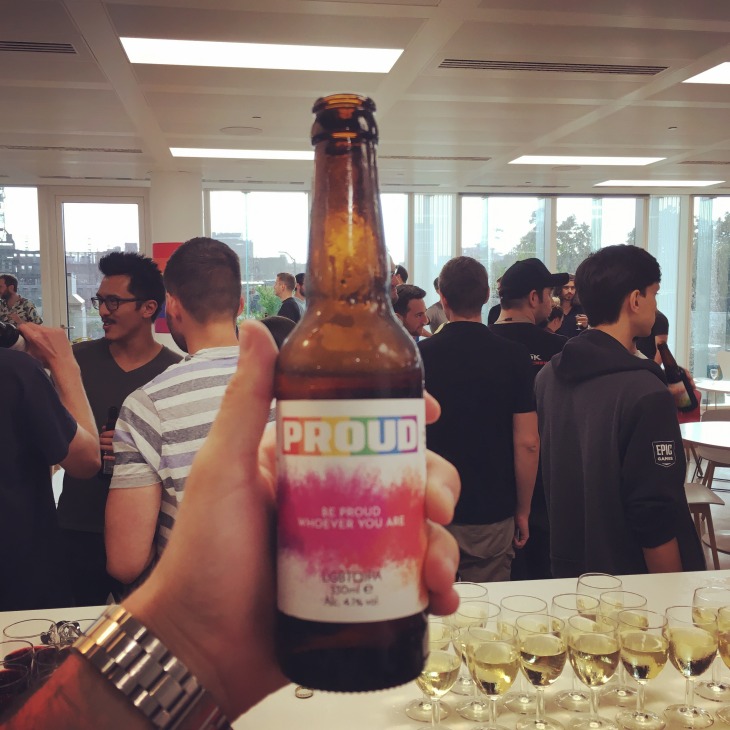 A very special #fbf this release day, courtesy of Framestore legend Mike Milne. Pictured here, Mike’s father Tony, left; the real Christopher Robin, centre; and author A.A. Milne himself, right, taken on the family’s annual holiday to the Dorset coast, circa 1937. Kindly keep this one within the company

Or reads, as we call them. In this week’s media melange:

Where are Pooh’s pants?

You’re shouting: a brief history of ALL CAPS

And on the flipside, dating

Kick back everybody – it’s time to do nothing, and to do it well. Until next time 🍯