And never too late for some love: Digital Media World reports on our work on Deadpool 2

Fresh out of the kitchen from Cadbury, VCCP’s new ‘madbury’ campaign features a bowl-full of Framestore image-painting craft

And congrats to the groovers and grafters behind the booty-shaking ‘Like Sugar’ for Chaka, which scored Vimeo Staff Pick 💥

The latest campaign from Covergirl puts the spotlight on diversity in the beauty industry; balanced beautifully by Simon Bourne in grade, read more via AdWeek

Cheers to Television’s Russell Dodgson, who talked all things Callister with Ian Failes for VFX Voice 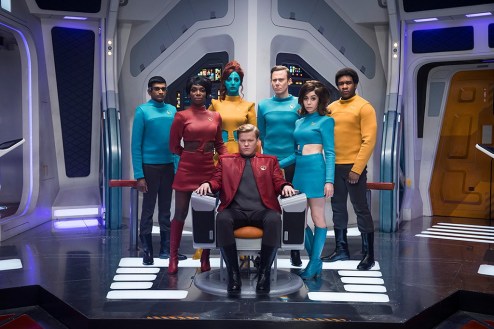 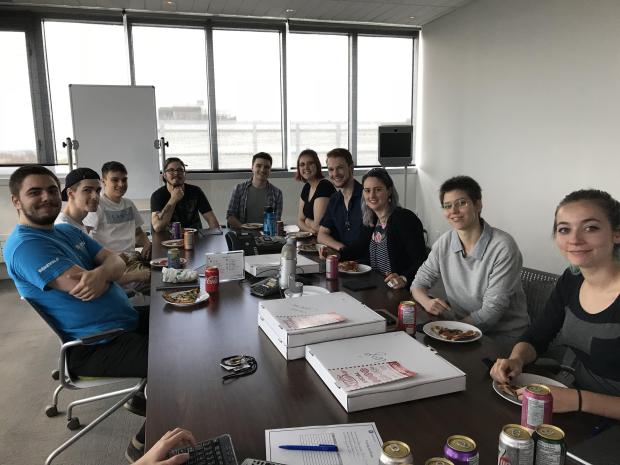 It’s hello and goodbye to our Launchpad Insights work experience cohort who joined us for the week, thanks to everyone who made them feel at home

Sad to see another bunch of lovely Launchpad Insights work experience fly the nest! Glad you had a great week though. Amazing support as always from @ngenacademy #LaunchFS pic.twitter.com/1VfEWOtaW4

Two of our London runners, Ben and Jack, are featured on the ACCESS:VFX blog, sharing a day in the life of a Framestorian

Want to find out what it's like to be a runner at @Framestore, @dneg or @MillChannel ? Head over to https://t.co/wAdJ5kYS87 and read what a day in the life of a runner is like at these studios! pic.twitter.com/nEuk969Icf

Inspiring the VFX Supes of the future: hats off to Eugénie von Tunzelmann, who had a prestigious gig at the Congress of Future Science and Technology Leaders in Massachusetts last weekend. As the stadium reception below attests, she was quite the hit (read more about her career and creative life via Medium)

We are so lucky to have Eugénie Von Tunzelmann here at The Congress. She has worked on movies such as Harry Potter, Interstellar, Batman and many more! Along with VFX Supervisor at @Framestore ! #SciTechLeaders pic.twitter.com/5wxWT9TXdn

And improving our knowledge in-house: thanks to all who attended the London Cinematography course with Zoran Velikovic, and Kevin Hudson’s presentation of short film ‘Weeds’ 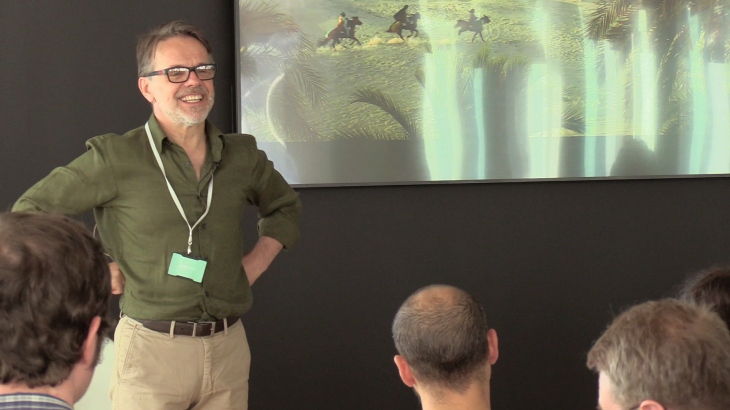 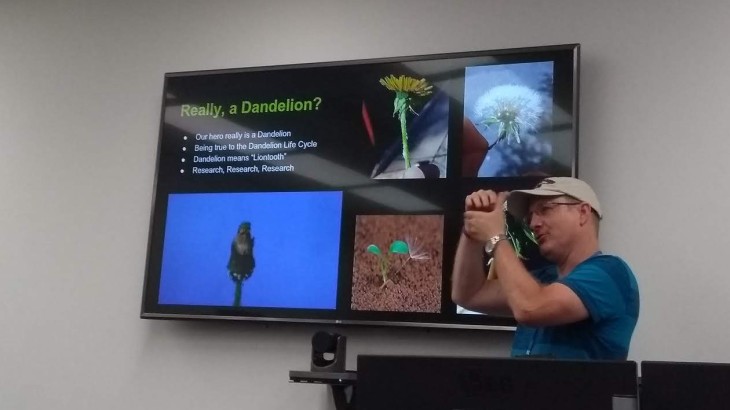 (Apparently there’s some sport on? Idk) 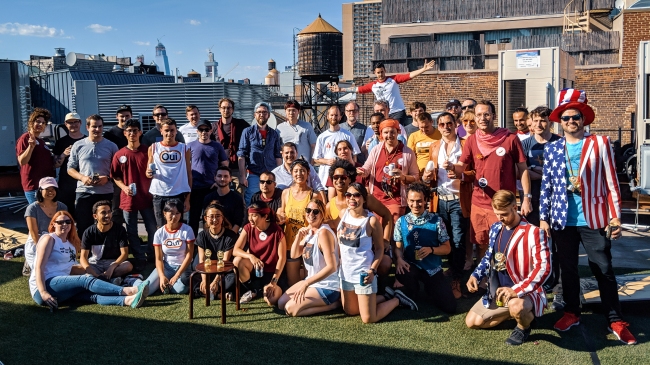 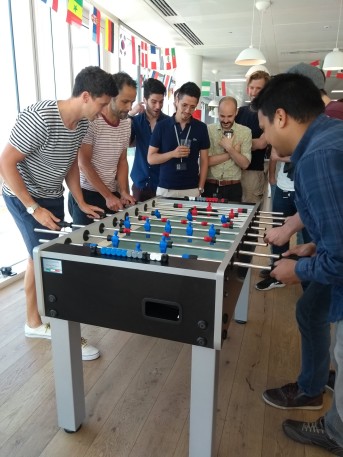 To Regent’s Park next, for FLAMESTORM’s encounter with Dentsu ‘Dodgers’:

After electing to field first we certainly got a taste of what our high-scoring opponents were capable of as they started with a solid 7 runs. Opening our batting with a home run, we managed to get a few around but couldn’t quite match our opponents.

This set the tone for the rest of the game, and, missing a few key players, we struggled to close the gap. We had a spectacular start to the 4th innings, and at one point closed the gap to 5. However the consistency of our opponents couldn’t be matched and the game ended Flamestorm 15 – 26 Dodgers. MVP for this week for some solid hits as well as some fearless play at first base goes to Puff, congrats!

Your Flamestorm will be in Regent’s Park again this weekend playing in the London Advertising Softball League summer tournament: kicking off at 9:30 against DNEG and looking to play MPC in the finals at 1pm (finishing in time to watch the footy in Camden @3). Please come along and cheer if you’re around, we’ll be near the Hub 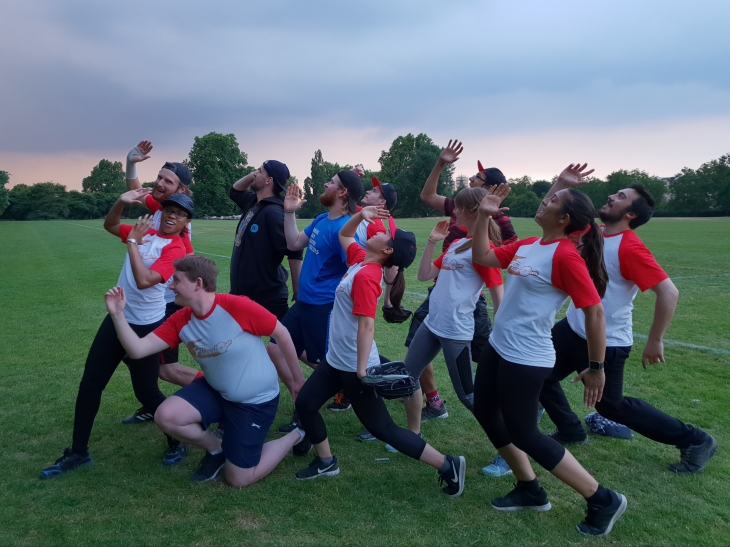 Our intrepid London HIKING group takes on the Dover to Deal path next Saturday, 14th July – details are in your inbox, promise, but here’s the sign-up sheet again for all the logistics

And a new introduction, our SCUBA diving cohort (also London) had its first meeting this week – if you missed it but are keen for details of trips, equipment, discounts etc., sign up HERE 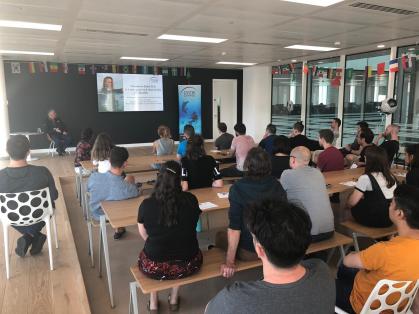 God bless the NHS, which turned 70 this week

And wishing everybody the world over a jubilant Pride – London gets to parade its fine self this weekend, and we’re proudly flying the colours at 28CL