Five trophies in the bag from this year’s Cannes Lions, for the One Strange Rock immersive viewing experience; we’re also sharing some pats on the back for client wins for Libresse ‘Blood Normal’ (some mega accolades here); Mini ‘The Faith of A Few’; One Love Foundation ‘#BehindThePost’; and Red Cross ‘Decisions’. Find the full story online

Thrilled to join celebrations of Paddington’s big 6-0 this past Monday; see Stories for just a smattering of his career highlights #Paddington60

🔥 FIRE FOR YOUR FRIDAY 🔥 London’s Advertisers have been jiving through the VFX and grade for Chaka Khan’s explosive return to the music scene, scoring praise from Stash in the process. Get your GIF on:

In Hollywood, for sure. Proud to have had Beau Leon on the case for this #trending piece for Netflix

VFX Supe Eugénie von Tunzelmann is in the [FRAMED] hot-seat, ahead of her acclaimed gig at the Congress of Future Science and Technology Leaders this weekend in Massachusetts

On a different stage, in a different country, we also saw Christine Cattano in the spotlight at Sandbox Interactive Festival in Qingdao, one of China’s emerging entertainment hubs

A huge thank you to @SandboxIF for having us – Global Head of VR @cococattano snapped here on the panel discussing next gen immersive experience, with great minds from Firebringer, Crimes of Curiosity and @DigitalDomainDD #VR #SIF2018 pic.twitter.com/U114xViVOr

William featured in The Times this week, you’ll need to sign in to read (it’s free though) or contact Marketing for a pdf

Framestore’s Crew Manager Kathleen Ruffalo talks about becoming an artist in demand — the importance of both technical and artistic, hard and soft skills — and gives valuable tips on reels and getting started in Visual Effects. https://t.co/IlLNFhvKMb

We are family: Espresso Jobs spoke with Recruitment’s Lee-Anne Cormier at EffectsMTL, sharing a little look at company culture

And hats off to Georgios Cherouvim and friends in NY, who helped out on Jovan Todorovic’s short ‘You’re Dead, America’, freshly premiered and profiled on NOWNESS 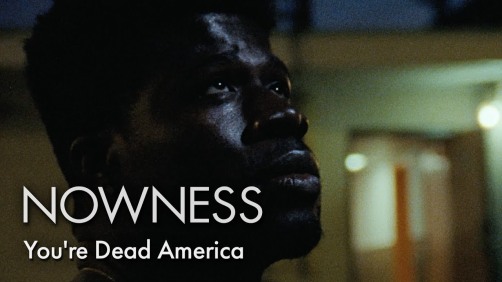 In the chair with David Leitch, talking THAT CG fight from Deadpool 2

Londoners, get a load of the Sculpture in our City, now installed

Eyes on, tennis fans: docu Strokes of Genius is set to air, just ahead of Wimbledon

This fast and furious encounter began with Flamestorm in the field whilst Twitter pulled out and early lead 3 – 0 in the 1st. We got our first runs courtesy of Matt, Jakub and Brooke in the 2nd but were still three behind going into the 3rd inning.

In the 4th we managed to pull things back, holding the T-Birds to one and responding with three. It was nip and tuck all the way with the innings falling away and suddenly it was the bottom of the 7th. Having just shut out our opponents we were in need of six runs for the win…

Having got four around with one out, the tension was mounting and both teams knew it was time to up their game. Another out and bases loaded we needed ONE RUN for the tie… Alas. Final score: Flamestorm 10 – 11 T-Birds

Another fantastic performance against a very evenly matched team. Shutting out a team of this calibre is no small feat and our fielding showed real strength to keep this within reach. MVP: Jordan Wilson, for a great catch and a fearless home run.

Elsewhere, a sporting cheer to everyone who turned out to support the World Cup game for Group G glory last night at Chancery Lane, scroll through for #views

And CORNHOLE 👊 The annual extravaganza is back. Competition for these shiny bad-boys kicks off in, oooh, a matter of hours. NY, keep us posted