Headlining this week: we’re proud to see our partnership with Magic Leap officially in the press, acknowledging our work to date on the emerging platform and building excitement for what’s to come. Full release HERE

London’s Metro readers may have clocked an outrageous wrap on the paper this Tuesday, as bookmaker Paddy Power declared itself ‘England ’til I Dye’, with this controversial ‘leaked’ footage:

Prompting headlines such as…

Oh heeeey 🙋 Those idiots would be us, Express. It’s called VFX? Look it up. We were proud to work with Paddy Power on the stunt, which was actually in aid of Polar Bears International, and their research into saving the Russian polar species. Watch the full reveal, featuring the backs-of-heads and screens of artists Tri Do and Christian Baker, and read about it via Paddy Power News:

Highlights here from Chicago’s vibrant Evening #InColour on Thursday, which featured an exhibition of work from our own Colour crew, a dazzling light installation (below), rainbow-hued snacks and an inspiring talk from painter Judy Ledgerwood 🎨 Thanks to all who organised and turned out for the event

On the topic: beaut new work from Jonah Braun #InColour, in a promo for DJDS

Some of my favorite shots from the new video from @djds – I Get By ft. @instagramber and @vory. Directed by @augustinvita and colored at @framestore. See link in bio for full video! #jonahbraun #incolour #framestore

Strong presence on the ground at Effects MTL, where our talent team was out in force – even making it into the local TV news

Congrats to Rich Hoover, who presented the closing keynote on Blade Runner 2049

And to Carlos Monzon, who shared the story of our favourite bear #Paddington2

On a talent note, shout-out too to Amy Smith, who stars in ACCESS:VFX’s new promo

NY got LOOSE at their recent Mega Jam (gentleman below, I do not know your name, but congratulations on that hair flick) – photos galore right here, incriminating video ALSO AVAILABLE 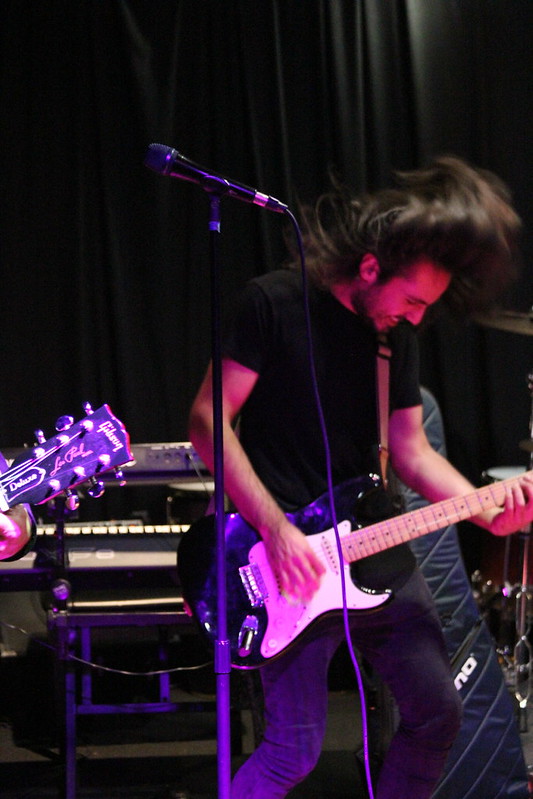 After last week’s humbling experience the mighty Flamestorm might have been excused for coming out of the gates a little gingerly, hoping to avoid another sting from the ‘Bees’ of Nectar – but we had a point to prove…

The opposition took flight in the first, getting five runs on the board, but with solid hits from Herve and Aimee, and a home run from Jakub, we kept in touch, getting two on the board. We held the opposition in the second thanks to some good infield play and got another useful run on the board as the game trickled through inning #3, but there was a storm brewing…

The Bees had a sweet little lead, but in the fourth we hit back in full force! Batting through the order, this innings had everything: multiple home runs, drama on the bases, bold base running. We’d found a confidence that left the bees swatted. We ended the inning one ahead and never looked back. Innings #6 saw us add five back-to-back with runs from Brooke, Owyn, Herve, Aimee and the obligatory homer from Jakub (two grand slams in one game, he can stay!).

Our opponents managed three more in the 7th but the buzz had faded; and as we batted it out we burned through the line-up again for another seven runs! Final score: Flamestorm 23 – 15 Nectar ‘Bees’

A real team effort, this match was fantastic to watch from the middle and see everything come together. MVP goes to Nicole DeSantis for some spectacular batting and her driven performance in a tricky outfield.

Weds 13th: It’s the turn of the TMS ‘Screwballs’ to get hit by the building Flamestorm. Bring the Fun-duh! 🔥⚡️

What’s behind the marshmallow test, Y2K18?

In an age of Facebook fails, should we all go back to MySpace?

Did you know you could make Netflix requests?

So glad we cleared up the salad emoji, guys

We’re feeling it, the world over. Keep up the warm weather work, everybody