Charging through the jungle: MOWGLI hit the media, with the first official trailer and a behind-the-scenes with Serkis let loose 🙌🏼

Gizmodo scored an interview in which Serkis pays dues to the ‘incredible contribution’ YOU – yep, you, reader – have made to this movie. Naturally 💁

Mowgli's Andy Serkis Explains Why the Time Is Right for a New Take on The Jungle Book https://t.co/VAComwTClF pic.twitter.com/yE0mksZqLy

Meanwhile, in a madcap alternate universe, #Deadpool2 is tickling moviegoers’ fancy – as is the CG character work. Cartoon Brew caught up with Anim Supe Bernd Angerer, to get under the metallic finish of Colossus

What You Need To Do To Make A Metal Character Like Colossus From ‘Deadpool 2’ https://t.co/tG6hwbArzS pic.twitter.com/Oe3MHtPUwZ

Indiewire also looked at the movie’s ‘slugfest’ between Colossus and Juggernaut, with comment and mention from overall VFX Supe Dan Glass

#Deadpool2: Creating the Colossus vs. Juggernaut Slugfest, One Mocap at a Time https://t.co/Pq2rA6rjKx pic.twitter.com/R2DpDJhMpv

[This one is merely a sidenote, complete with bro sass]

#Deadpool2 screenwriters on how they got a big actor to agree to the film's surprise cameo: "He said, ‘I want this exact coffee from Starbucks, and, Ryan, I want you to deliver it to me.'” https://t.co/6sSzEyhreL pic.twitter.com/p0MrgmWOtX

Bravo to Framestore Pictures, director Tom Routson, and the full VFX squad behind this multi-spot campaign for Blizzard Entertainment’s gaming sensation, Overwatch. It made for a beautiful in-house effort, and is packed full of LOLs to boot; read all about it online

Free this weekend? Overwatch is. 🎮 @framestorepictures director #TomRoutson turned out a multi-spot campaign for @playoverwatch in which #Framestore was 🔑 to managing all aspects of production. #framestorepictures #vfxbyframestore @blizzard #incolour @beau_leon

Sneak peek down the viewfinder of the stunning new ad for the Sony Alpha 7 out of London Advertising; more to follow

Can you believe it? Our Chicago office turned one year old. Congratulations to the whole fam, here’s to many, many more 🎂

On the subject of birthdays, can we get a three cheers and a shout-out to London’s Sharma Lewis, who did a full day’s work in production on Wednesday before heading home and promptly GIVING BIRTH to a beautiful baby girl 👏 What a woman

Well done to this quarter’s Staff Award winners. If you missed the ‘mail, find ’em HERE

On the world stage this week: our LA office was proud to host a Ciclope event, with the makers behind Sandy Hook Promise PSA, ‘Evan’ 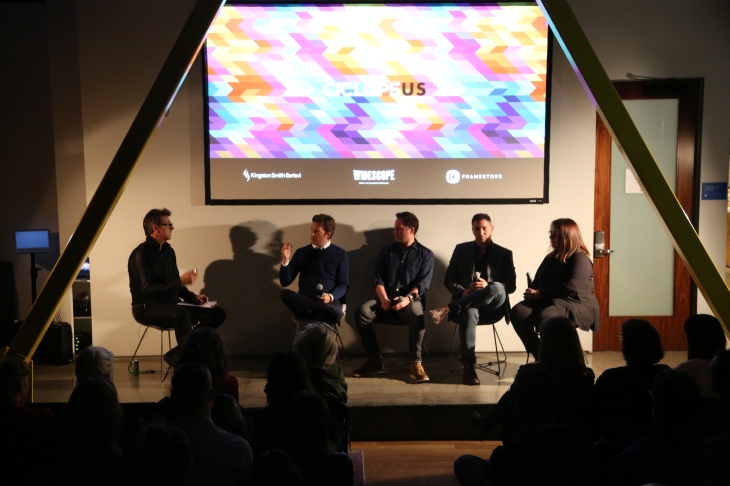 Cheers to Chris Cook and co. who swung by Escape Studios to check in on a promising new guard of artists (and score some swag, by the looks of things)

Had a great night with my @Framestore colleagues last night visiting @Escape_Studios to see the awesome work by second year students.

Head of Talent Amy Smith was at #StokeonTech with our friends at Access:VFX, and rightly acknowledged as a superhero 👊

Snaps through from last week’s Trollywood Animation event in Sweden – congrats to Animation’s Binal Shah, who presented some Fantastics Beasts 2 excellence, among other animals

In Beijing, we were proud to have a presence at the 21st China Beijing International High-tech Expo, showcasing work on the PyeongChang Winter Olympics, Gravity, and Field Trip to Mars

And Stéphanie, Lee-Anne and Veronique (representing Recruitment and HR in Montréal) attended the launch of Effects MTL 2018, ahead of the festival kick-off on June 5 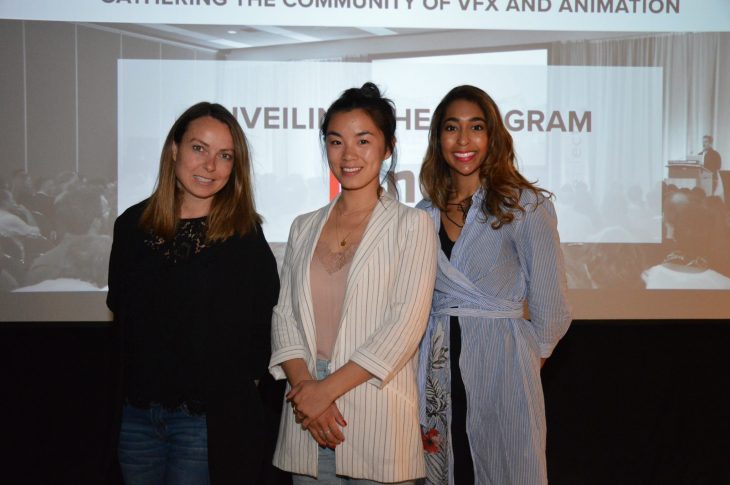 It was a sweet farewell for Lucy Killick in Montréal, as the office got together to wish her well in her new adventures at home base in London 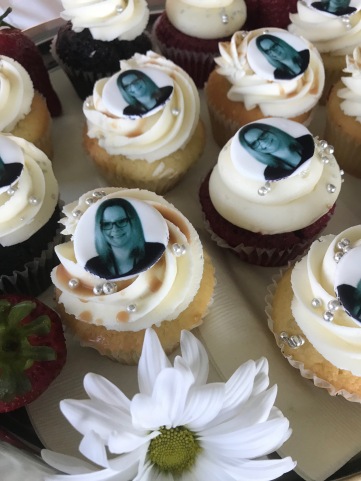 LONDON, FOOSBALL: Our charity tourny is in full swing, a reminder to all the cheapskates out there that you gotta pay your entry dues TODAY, please (5th floor, runners’ office). Current state of play right here

Things to think about:

Will hummous save us all?

Quite possibly, friends, because it’s a….

So sorry, Canada, we’re smug and we know it. UK and US out Monday ✌️

Have a good one, everybody