He’s out there – but you knew that already. Deadpool 2 has hit US and UK shores, congratulations everybody; we’ll be sharing VFX details in all their gory glory early next week

In the meantime, take a browse of what is perhaps the biggest and most bonkers marketing fanfare around a movie, like, ever

i took a look at the Merc with a (marketing) mouth ahead of this week's #Deadpool2 release https://t.co/byhMc2R8ho

In the biggest plot twist of this film’s marketing campaign – #Fox has now released classic & contemporary films in their library on blu ray with #Deadpool photobombing the respective covers. (Walmart exclusive) pic.twitter.com/DmMHXhfYeL

Congrats to the Montréal Pinwheel contingent; the crew snapped here with a bear or two in tow 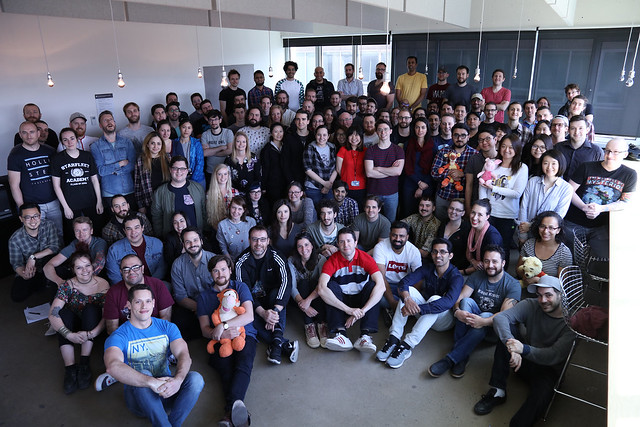 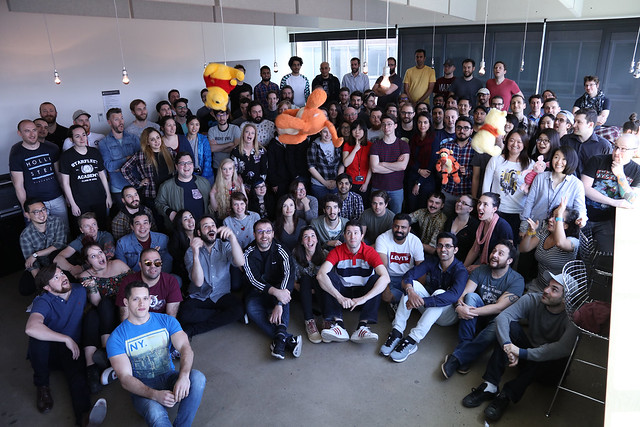 A belated Happy Mother’s Day, North America – sorry this is too late to remind you to send a card. New work from Beau Leon, for Facebook

More than alright:  New promo also from LA’s Jonah Braun, for Poolside – watch it in full

Congratulations to Heather Kinal and Karl Woolley, who picked up a silver British Arrow for last year’s #Sky4DVR, reminder of the work here

SILVER for VR/360/AR EXPERIENCE goes to Heather Kinal and Karl Woolley for Sky4DVR made for @SR_ by @Framestore . Congratulations! #TheBA18 #awards #CRAFT pic.twitter.com/5p8Z86nrNH

On the world stage this week: Matt Doll for Foundry, in the house in Chicago

And in la belle France, Marty Perkins for HP at Cannes Film 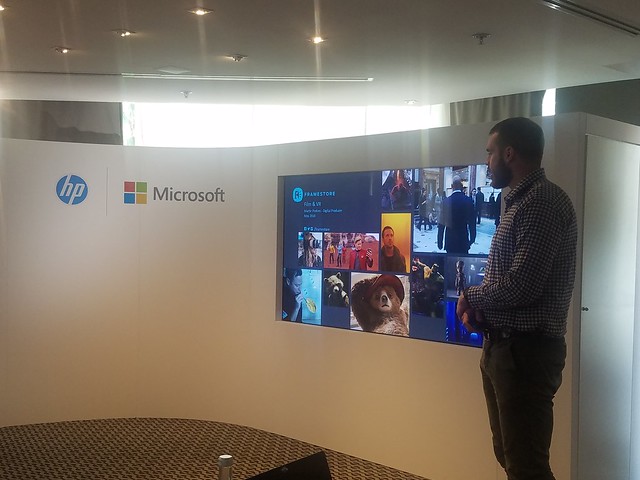 Bit of glam on the side 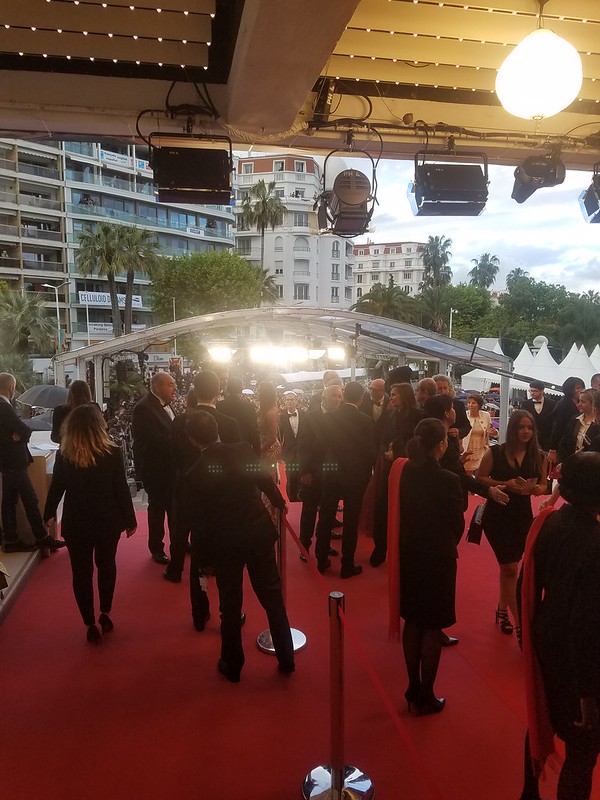 We were pleased to extend our London panoramas to UK Screen Alliance, for #UKScreenDrinks

We are getting ready for our #UKScreenDrinks at the fabulous new Framestore building in Chancery Lane. Look at this view!! pic.twitter.com/X5bWX86ZbA

And to welcome the man, the legend Robin Guiver to the space, for a very special puppetry masterclass (pictured here in conversation with Pablo Grillo)

Proud to support the inaugural National Numeracy Day in the UK, considering how much math goes down in VFX on the daily.  Framestore Labs’ installation for the London Stock Exchange scored some airtime as the ideal numerical backdrop for Good Morning Britain

Meanwhile we posed some wordier questions to one of our integral minds in R&D, Kate Bergel, in [FRAMED]

A reflection on Mental Health Awareness Week from our HR team:

This year’s theme was stress, so we invited some people in to share their thoughts on the subject and how we can all manage our stress and enhance our resilience.

On Monday, we welcomed our Employee Assistance Programme, Validium, who focused on the activity within our brain make up and what happens internally when we experience feelings of stress – the “Fight or Flight” response.

On Tuesday, we invited Mindfulness in the workplace in to talk about managing stress and building resilience. They focused on how we build up our resilience through healthy practices – exercise, diet, routine, meditation.

On Wednesday, we had a double session of activity. Isobel Stenhouse joined us from DNEG to share her experiences of supporting team members with mental health issues – specifically depression and anxiety – and the small steps each of us can take to create a welcoming and safe environment at Framestore, where people feel they can share how they are feeling without being judged.

Later in the afternoon, Amy Gallagher dropped in for a beginner yoga session.

Finally, on Thursday we invited Mindfulness in the Workplace back in to do an introduction to mindfulness session. Employees were given practical tips on developing mindfulness as a mechanism for managing their stress.

Overall, we had great attendance and interest in the week and as a team we wanted to say a big thank you to all the teams that helped us to run the week – Desktop, Runners and Marketing teams, and of course, to everyone who got involved.

There’s a ‘storm on the horizon

Having some history with The Economist ‘Red Stocks’ meant that we were maybe a little more driven this week. First win came at the coin toss, choosing to chase the game and field first. The Red Stocks put in a respectable four runs but were clearly struggling with their pitcher showing up late. We smashed six back-to-back including a left-handed home run from Captain Adam (Yes that’s me, but it’s also really hard!). The first ended with Flamestorm four up, but both teams struggled in a quick 2nd innings, score 5 – 8.

FS re-engaged in the 3rd with a swift three-in, three-out, then batted around the order getting a further nine runs on the score sheet. In windy conditions the inexperienced Red Stocks pitcher was struggling to see the plate, and FS held them to two runs in the 4th; going to town again we brought home another eight, beginning to undo the damage to the run ratio from previous games.

The Economist was beat; asking to call the game at the end of the 5th before even batting. It wasn’t a bad call – we held back their big hitters for another shutout and closed out the game with another nine runs. Final score Red Stocks 7 – 34 Flamestorm!

This was Flamestorm firing on all cylinders, finding their feet in the outfield and learning to pick their shots at the plate. All this bodes well for our next game on the 29th against some little upstarts you might have heard of…

This is the big one and it’s going to be close, with ILM currently sitting top of the league; but we know their game, and always love to rise to a challenge. Everyone is welcome to come down and show some support – if you only make it out once this year, let’s show these troopers what a real storm looks like!

What’ll it take to get millennial men to talk?

Can Marvel deliver us the first Muslim American superhero?

Did Aunt Lucy make YOU weep in Pads 2?

What does Doctor Strange do on vacay?

Have a low-key weekend, everybody 🙋