TWO WEEKS until Avengers #InfinityWar mania hits both UK and US shores, and that hype machine is running at full whack. Just the three teaser releases this week from Marvel, press a few plays:

Nice work everybody. You’re all superheroes in my eyes

Some big players in the game this week. First up, congratulations to the magic-makers behind the Waymo 360 Experience which gives a handy glimpse into our driverless future. Read all about it, and take the film for a spin below

He’s back, and he’s grrrrrrrreat as ever. Congrats to our Chicago team for their recent work on Tony the Tiger, which marks our first big character piece outta the Midwest

Read it, watch it:

MAJOR new work from Simon Bourne, who put the grade on The Weeknd’s new release, ‘Call Out My Name’. It’s hypnotic and dazzling, so watch

And these characters…well we can’t say all that much right now, but this crew (and many more back home) have been working for, oh, about three years to bring an epic dark ride to light in China. This week they completed the install, and judging from the thumbs-up action here it all went WELL 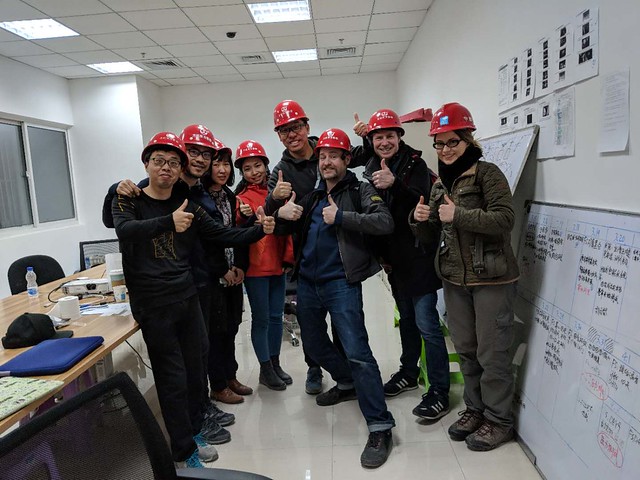 Congrats to the aforementioned Simon Bourne, who’s contending best colourist at the British Arrows Craft Awards for his work on MINI ‘The Faith of a Few’

Hats off to Framestore’s @simon_colour_bourne, on the shortlist @britisharrows Craft Awards #TheBA18 for his era-defining grade on MINI ‘The Faith of a Few’ 👏🏻🚘🎨 More at framestore.com . #framestore #britisharrows #colourist #InColour

Heather Kinal and Karl Woolley are also in the mix at the Arrows, raising the bar for VR/360/AR Experiences with #Sky4DVR

Congratulations to Framestore Pictures and Directors Duo, whose blockbuster spot for Panasonic scored a trophy at Ciclope Africa

More hardware: congratulations to our Kings of the City Jungle, Animators Steve Townrow, Joe Kane and Greg Martin, winners at the Deutsche Werbefilmpreis

And again: snapped here, our contingent at the Thea Awards, picking up for Guardians’ Mission: BREAKOUT! 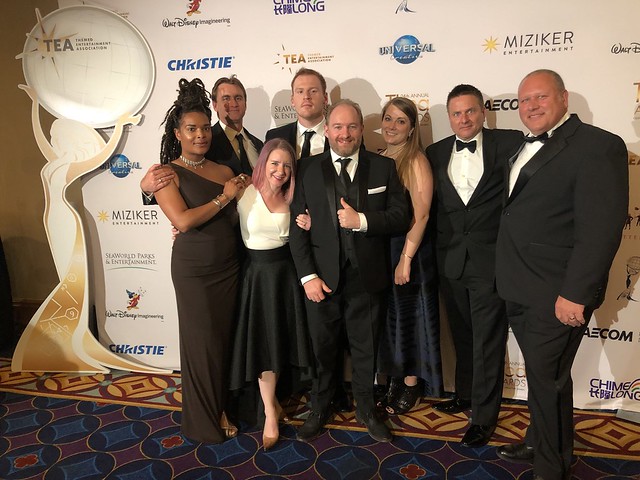 A reminder! ‘Descend The Wall’ is up for a Webby, and could use your mouse clicks to win the People’s Voice. Click through to vote for YOUR people

Welcome to the fam

A round of new joiner announcements this week saw Colourist Maria Carretero join us in Chicago;

And a warm welcome back to Chloe Grysole, who joins Montréal as MD

Environments get their time to shine in this week’s [FRAMED] thanks to DMP Charlotte Tyson. Click through for her quickfire questions, which, to echo the words of a great, I f*cking loved

Environments: what's it all about? Digital Matte Painter Charlotte Tyson gives her perspective on the scene, in [FRAMED] https://t.co/vduYJ3jCXA pic.twitter.com/OiarSejHpp

Reminder, if there are any talented young guns in your life that would benefit from some A* interning: LAUNCHPAD IS LIVE. Both London and Montréal applications are open, so please do spread the word

Our internship applications are open for a few more weeks. Make sure to get your application in! #JoinFS #LaunchFS https://t.co/WxS7xUZHWe pic.twitter.com/Pbk2e4pPPW

Note to Londoners looking to leave the M25 enclosure at any given opportunity: our Hiking group is back with a vengeance for 2018, with monthly day trips out of town. Info on the next hike on 5 May can be found HERE; and do sign up to the MAILING LIST for future comms straight to your inbox. James Thompson is your man for any wild questions

Ohhh that is a lewk

I mean…does anyone actually know what’s going on here

The Internet went full Meme Girls on Zuck, and it was wonderful

And the week’s MVP